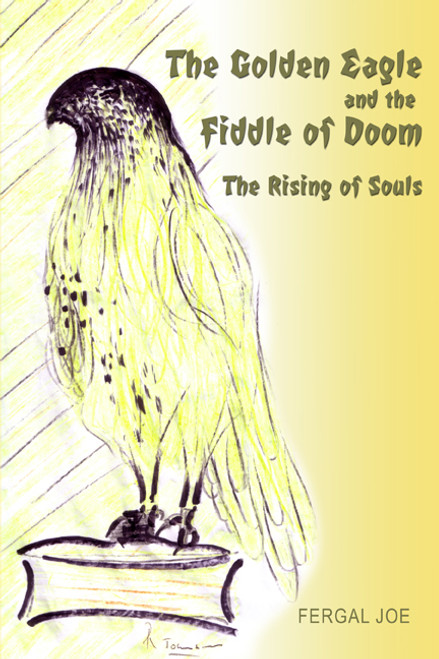 by Fergal Joe This story is about a man named Rhymes Ramose and the way he tries to destroy the world after a man named King Hovercraft kills his sister, Hanneck Ramose. It also tells the story about how people try to stop him from destroying the world, for Rhymes Ramose holds the rest of them responsible for his sisters death. The story begins when a plane crashes in a desert. The pilot, Kith Black, asks a man named Captain John Coiners why a ship is left in the desert. John tells him he was the captain of the ship and the ship is called the Red Dragon. He also tells him the history of how they found the Fiddle of Doom and that his son, Michael, burnt a Golden Eagle and was put in prison. He tells Kith he would do anything for his son. He also tells Kith about a man named Treeon Littlewood and the story he told him and the crew of the Red Dragon. ABOUT THE AUTHOR My name is Fergal Joe, and I went to the Erne School in Ennis Killen County in Fermanagh, Northern Ireland. I attended Fermanagh College and completed studies in English, math, and brickwork. I also attended the Agricultural College in Ennis Killen, and I help my father out on his farm from time to time. I am currently in a place called Fermanagh New Horizons. I am working with computers, and I am also doing picture framing. I am also a level-one conch in kayaking. I was born in October 1975, and I hope to live for a long time. My favorite television programs were Buffy, Angel, and the X-Files. My favorite films are The Lord of the Rings and Pirates of the Carribean. (2008, paperback, 102 pages) Availability: Usually ships in 2-3 business days.
×

The Land of Gloom and Doom

The Global Internet Encyclopedia and Comprehensive Reference Guide, Volume One: Medicine and Health