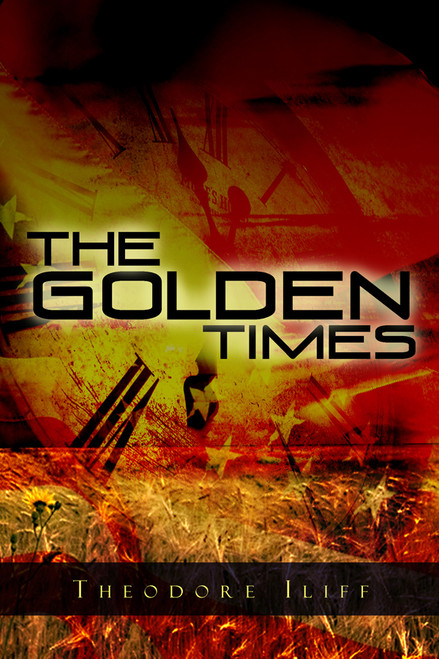 It is a time in history that millions endured in miserable obscurity. Germany, a once proud and admired crucible of European thought and culture, is by mid-1945 a shattered nation, its cities and national soul scarred forever amid the debris of a savage regime of its own making.

Monica Baumann is part of a German generation reaching adulthood in an occupied land that seems to hold no future for her or anyone else. The Golden Times, based on actual events, chronicles the journey of Monica, her family, and her future husband, American journalist Mike Falwell, through the tragic yet compelling early stages of what will slowly blossom into the German miracle.

First, Monica has to confront her own fears and resentment of the American occupiers. But through chance encounters and eventually a search for work, she learns to admire the benevolent strangers. Her feelings come full circle with Mike, whose love for her grows as his work catalogs individual triumphs and tragedies in the early days of Germanys recovery.

For the Baumann family, the worst crisis confronts Monicas father, Max, a school rector who faces the humiliation and uncertainty of denazification. Only the last-second intervention by four unlikely witnesses rehabilitates Maxs reputation and saves his future.

The Golden Times portrays the actions of individual Germansheroic and venalin their collective effort under a pragmatic and efficient American occupation to come to terms with the eternal stain left on their nation and chart a path to a peaceful and prosperous future.

Theodore Iliffs career as a journalist and executive spans four decades, with leading positions with CNN, CNN International, Voice of America, Iraqi Media Network in Baghdad, Radio Free Europe/Radio Liberty in Munich, and USA Today. He has also worked as a teacher and consultant in Turkey, Armenia, Albania, Kosova, Ukraine, and Montenegro. He coauthored the nonfiction book Hitler and Munich. In 2006 he moved to the counseling profession as executive vice president for the National Board for Certified Counselors, where he headed the international division while also serving as corporate communications director. He was born and reared in the Kansas City area. He studied journalism at the University of Kansas and holds a liberal arts degree from the State University of New Yorks Regents College. His hobbies include golf, military history, and singing barbershop.