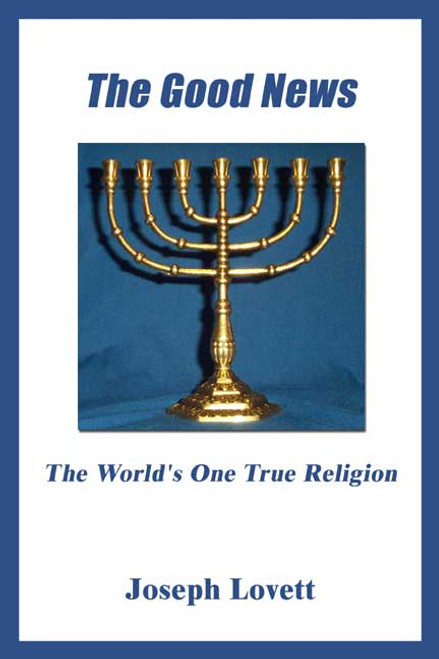 by Joseph Lovett One day when I was at work, one of my coworkers gave me a book to read. The book was written by Lew White and was titled Fossilized Customs. As I began to read the book, I was amazed by all the pagan practices ingrained in our everyday lives. As I continued to read the book, I began to understand that Christianity is just another pagan religion. At the time, I was forty-six years old and had considered myself a Christian for most of my life. Now, for the first time, I was reading the truth. The thing that surprised me most was that Lew used the scriptures to back up what he was saying. As I read his book and checked the information against what the scriptures said, I realized my pastors over the years had led me down the wrong path. You see, Christians do many things scriptures direct us not to do. I wrote this book so I could do my part to spread the Good News, the worlds one true religion. The scriptures tell us to bear fruit worthy of repentance. I realized a book could reach far more people than I could personally. I challenge you read this book with an open mind. Get out your bible and compare what I have to say with what the scriptures teach. Contrast that to what your pastor has been telling you. As you read, pray for discernment to the one El with a Hebrew Name, Yahuah. Your eternal life hangs in the balance. Read and choose wisely! ABOUT THE AUTHOR The author was born in 1957, one of nine children. His parents were devout Missionary Baptists. In addition to being regular churchgoers, his mother often read the scriptures and had home bible study. Then about four years ago, the scales fell off his eyes and he saw Christianity for what it was, a pagan religion. Since that time, the author has had a desire to communicate to others the truth he had found. It is his profound hope and prayer that you too will see clearly and understand with your heart and mind the truth. Then repent and be delivered from the wrath to come on judgment day. This is the authors dream for you. (2007, paperback, 52 pages) Availability: Usually ships in 2-3 business days.
×