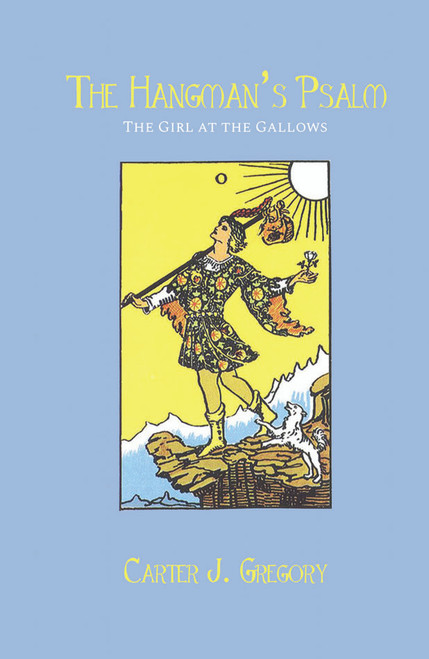 The Hangman’s Psalm: The Girl at the Gallows

Public hangings were great sport in 18th century London.   Mobs of cursing men and shrieking women would turn out to witness a doomed man being hauled to the scaffold where the hangman, Jack Ketch, awaited him. The spectacle was given an aura of sanctity when choirs and bells pealed out hymns in praise of God, and the doomed man was required to recite the damning words of the biblical Psalm 51:   “Behold I was shapen in wickedness and in sin did my mother conceive me”—or be lashed with a Cat o' nine tails if he refused. The Psalm was called The Hangman's Psalm.

NOTE: Psalm 51 has been misunderstood for centuries. It is an example of Hebrew poetry, which is alive with dramatic hyperbole and metaphor, and not to be taken literally. It's a pity that neither the Crown nor jack Ketch knew the entire Psalm, which begins with an affirmation of God's mercy and ends with the ecstatic cry: “Thou shalt make me hear of joy and gladness, and the bones which thou hast broken may rejoice.”

A desperate thief, his dead father, a beautiful young girl, a priest, and a hangman are destined to meet at the foot of the gallows—so claims a gypsy fortune teller whose tarot card predicts that someone will die a fool's death...but who?   In 18th century London a thief could be hanged for stealing a kerchief, a hat, a bolt of cloth—and the thief in this story, Daniel Tavard, is guilty of such crimes. A bounty of 250 Guineas is offered by the Crown for his capture. But the bounty-hunters are not the ones who bring the thief to the hangman and collect the Guineas.

Daniel's birth and death are shrouded in mystery. Why did his father Joseph flee France? Where is his mother? Only Maggie Quinn knows—Joseph's mistress(whore). When Daniel was little he thought Maggie was his mother—she quickly disabused him of that notion. But Maggie knows who his mother is, and why Joseph fled France, and she swore she would never tell the boy. Daniel goes about searching for answers, but as he does so, two bounty-hunters lay a plot to seize him. A young girl, Catherine, enters Daniel's life, and for the love of her he risks his fate at the hands of the bounty-hunters.

Mr. Gregory has authored two books derived from his background in psychology and theology: “The Fourth Watch of the Night,” and “Beethoven's Love for Antonie Brentano.” In his study of Beethoven, Mr. Gregory finds a parallel between Beethoven's need for the love of a pure woman and his fictional Daniel Tavard's need to be loved by a woman pure in heart, who will not betray him. The author has worked in private practice and as clinician in hospitals. As an educator on mental health subjects he has instructed in a variety of settings, including schools and recovery groups. He graduated Phi Beta Kappa from Hunter College in New York City, did graduate work at the University of Pennsylvania, the Philadelphia Theological Institute, and The General Theological Seminary in New York City. He has been certified as Pastoral Counselor by the Foundation for Religion and Mental Health, which has led to his work in a psychiatric hospital in New York, and his election as President of the New York State Association of Chaplains in 2003. Outside of work his passions include music, writing, political interests—and playing with his four grandchildren, whom he loves dearly.

The Hangman's Psalm: The Girl at the Gallows - eBook

Psalms from the Heart of a Worshipper

Positive Mindsets for Our Sojourn Here on Earth