The Hexateuch of YHWH 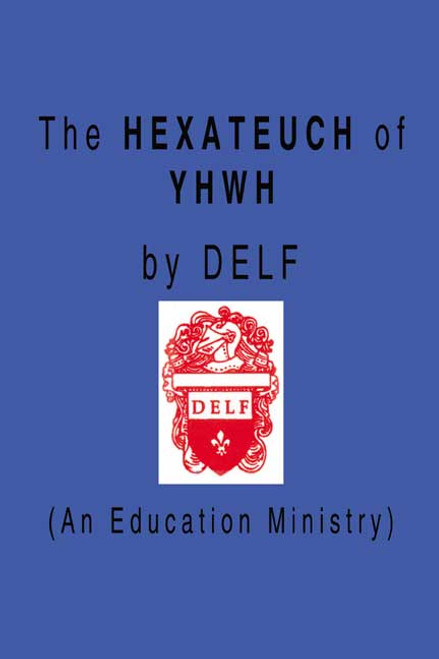 The Hexateuch of YHWH

by DELF Truth telling is the most liberating human expression possible. The Hexateuch of YHWH is but a manifestation of mortal mans quest for clarity in the most fundamental story about himself and the superior forces that control him. Any misstep in the reconstruction of the recorded facts attesting to the origin of mankind is irreparable and irreverent. This book is but one more attempt to get it right because we matter. We are too special to waste on the rustic crucibles of failed traditional views and values that were flawed at conception. Gods, demons, and demagogues have been renting space in mans mind since time immemorial. This book is an attempt to evict them. ABOUT THE AUTHORS They hail from diverse corners of the globe. Their credentials and scholarships are as varied as are the Floridian Keys from the Mediterranean Sea. These distant clerics, rabbis, gurus, elders, ministers, bishops, laity, priests, journalists, and professors emeriti spent decades in collaboration toward the emergence of Scriptural Truth Telling. Though they did not always agree in the content or context of a particular piece, in this six-part biblical harmonic, they persisted in challenging each other toward a clearer and more relevant restoration of the factual words of the Holy Father. They were equally passionate and circumspect about, accurately, recording the dialogue between the Creator and His created patriarchs and prophets. It is you, however, the reader of The Hexateuch of YHWH, who will make the call as to the real spiritual weight and historical significance of the authors scholarship here. (2006, paperback, 392 pages) Availability: Usually ships in 2-3 business days.
×

The Hermit by Elizabeth Noble