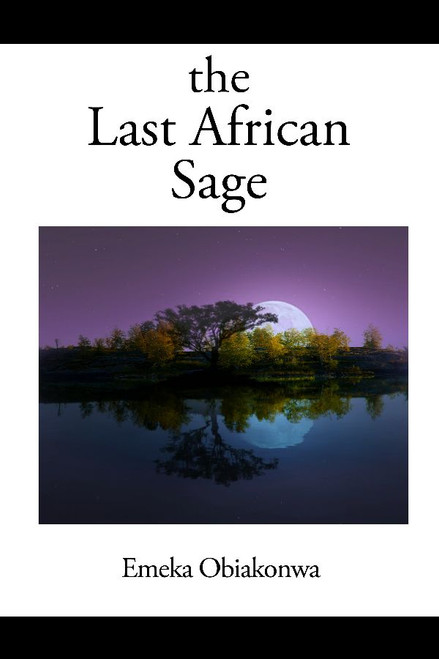 The Last African Sage is about eroding societal value been witnessed in most post-independent African countries. It also showcases the rich African cultural and socio-religious society.

Eighty-seven-year-old Ichie Ikedi, a Second World War veteran and the Ogbuagu of Umuaku, a pastoral village East of the great Niger River, had fought many wars. The Whitemans war, the Civil war that almost tore his country apart, and the cultural war between the rich African traditional religious belief system and acquired western influences. But none had shifted his unflinching belief that a good name is better than gold.

Ichie has remained straight all his life and had trained his children to follow the same honest path. But when they get involved in different malfeasances, influenced by the murky world of Nigerian politics tainted with corruption and tribal sentiments, he has no option but die broken-hearted leaving a gloomy future for a new generation symbolized by his grandson, Mana. But will he too survive the scourge?

Emeka Obiakonwa has witnessed the good, the bad and the ugly phases of post-independent Africa, particularly in his country Nigeria. He draws experiences from the rich cultural Africa with its numerous socio-religious attributes. He has also witnessed the waste brought about by the massive corruption by his countrys corrupt governments.

Obiakonwa holds a Bachelors degree in English Language and Literature and a post-graduate Diploma in International studies. He has professional certificates in Film writing, Production and Directing from many institutions including Deutsche Welle Akademie, Germany.

He is a poet and a playwright. Most of all, he is a movie director and a scriptwriter, having written and directed more than 30 movies in the popular African movie set up known as Nollywood.

Obiakonwa currently resides in Dallas, Texas USA, with his wife and four children. The Last African Sage is his first novel.

The Kingdom of God Come Upon You - eBook

The Keys to Academic Success