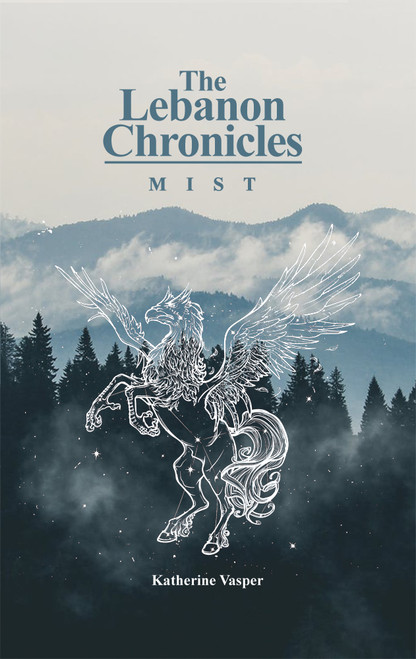 The Lebanon Chronicles: Mist introduces readers to a fantasy world inhabited by hippogriffs, Elves, and many more such captivating creatures. Join Syria and his bonded companion, Ash, in the first installment of The Lebanon Chronicles and follow them through the trials of childhood until they rise to the occasion and meet their destiny.

Katherine Vasper has been interested in writing since she was in first grade, borrowing her mother’s typewriter and then graduating to a computer in high school. Katherine enjoys writing stories about topics she feels a close connection to, such as her other series, Healing Horses.

The idea for The Lebanon Chronicles: Mist came to Katherine during high school, and reached its final form in 2017 with the help of Katherine’s editor. Katherine’s novel was influenced by a love of high fantasy novels such as those written by J. R. R. Tolkien, C. S. Lewis, and Christopher Paolini. When deciding her main characters for the novel, Katherine wanted to use Elves and humans, as well as some kind of magical creature to serve as the mounts for her Elves. She decided to use hippogriffs and griffins, having fallen in love with the magical hybrids used by J. K. Rowling in the Harry Potter series. Katherine has enjoyed her first journey into fantasy and hopes to continue developing what she has learned in future novels.

Katherine lives with her parents and sister, as well as a growing collection of animal companions. This is Katherine’s second novel and the first in its series. Katherine can be followed on Facebook at www.facebook.com/officialkatherinevasperpage.

The Love, Peae, Health, Inside and Perspicacity

The Life of Lily

The Lies Beneath the Mask

The Living Miracle: A Love Story

The Max Poems for Children