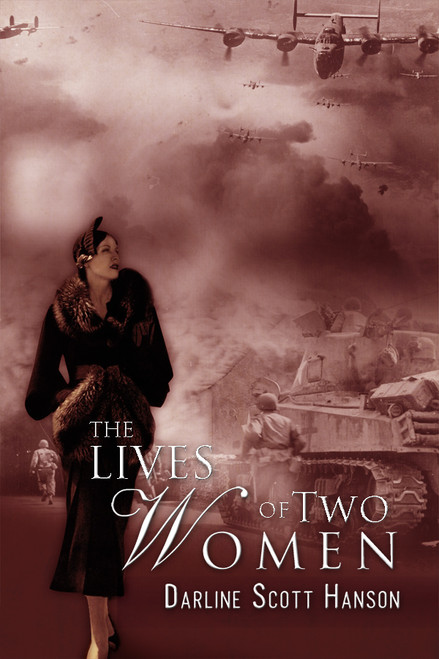 The Lives of Two Women
by Darline Scott Hanson

The Lives of Two Women tells the story of an estranged mother and daughter and how their reunion puts together the missing pieces of their lives.

It is Christmas Eve, but Mary Lou Evans has no reason to celebrate. She has no one to share Christmas with. Mary Lou likes it that way; until the phone call she has been waiting so many years for arrives, changing the course of her life by reuniting her present and her past.

The call was made by Judith, the daughter whom Mary Lou gave up for adoption when Judith was born. Over the years, Mary Lou and Judith have been searching for each other, to no avail.

As mother and daughter meet for the first time, the questions that have been left unanswered for a long time come to the surface as well as the longing, anger, and doubts that have long been suppressed as each one tells her story and the pieces come together.

Darline Scott Hanson was born and raised in Trenton, Illinois, a small farming community in southern Illinois. After her marriage, she lived in or visited many of the United States, Mexico, and countries in Europe. She lives now in Oklahoma City, Oklahoma.

Throughout her life her interests have been in reading, writing, bowling, dancing, painting, playing bridge, her church, and being a Red Hat Flamingo Sister.

Being raised in a small town during World War II where the attitudes of the people there were very conservative and unwed mothers were looked down upon, gave her the idea for her book.

The Lost Childhood by Michael Goodling