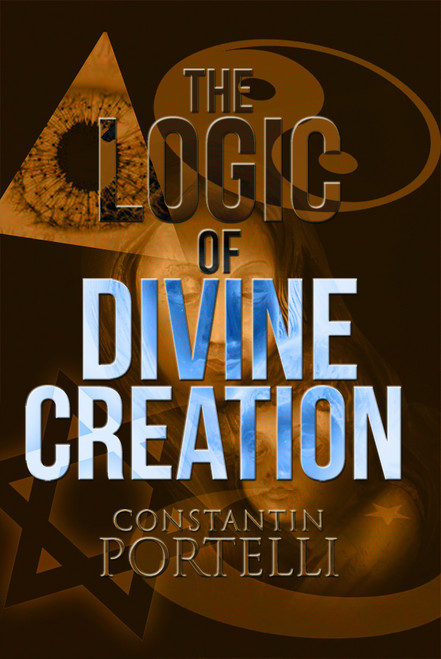 The Logic of Divine Creation
by Constantin Portelli

This book is important for the following reasons.

It demonstrates, by means of scientific data, that our universe describes a cyclic evolution and it is a programmed system.

The organization of the cosmos, the origin of life, the evolution of species, and the genesis of intelligent beings are all programmed processes.

The final achievement of the biologic evolution, which has produced some intelligent beings, demonstrates that the Primary Information has followed the project of a Creator Intelligence. Only an Intelligence may generate another Intelligence.

The whole of creation developed according to a divine logic.

Analyzed in a large scale of time and space, the history of humanity demonstrates the people have achieved, many times without understanding, the important objectives followed by the Creator Intelligence.

The great religions are in reality the components of a Universal Religion, which has been projected by the Creator Intelligence.

Many revelations and teachings presented by the great religions are complementary.

When they are analyzed together, they direct us to a superior synthesis, which reveals the existence of the Universal Religion.M

Constantin Portelli was born in Romania to a father with Italian and Greek origins and a Romanian mother.

He studied medicine and practiced in some small localities in the countryside but dreamed of doing scientific research in a modern laboratory. So he participated in a competition for scientific researchers at the Faculty of Medicine in Bucharest and acquired a job.

One summer, sitting at the edge of a forest, he was struck by inspiration. He realized information cannot totally disappear. It only passes from a potential to a real form. Biological information arises from physical information that existed at the origin of universe. The Primary Information of our universe has been transmitted from a previous universal cycle and so on. The author says of this revelation, I discovered, by means of science, that God exists! My religious belief has been transformed in a scientific certitude.

The Little Handbook of Mini-Mindfulness Meditation

The Long Night of the Demon

The Love, Peace, Health, and Perspicacity Book 6: The Extreme Universe

The Love, Peace, Inside, Health, and Perspicacity: Book 1: The Solely Force of the Creation of the Universe