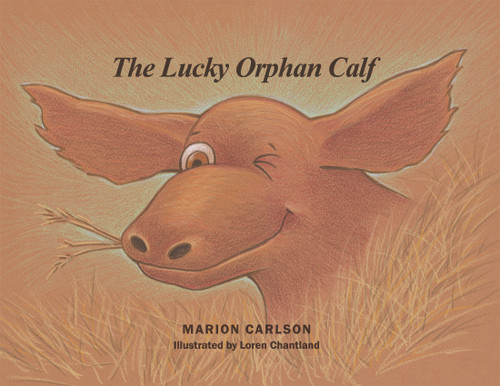 This very unlucky orphan calf gets some quick help and a couple of rides in a pick-up. Then some good care from twins. Somehow he does end up being lucky!

The author has a Bachelor of Science Degree in elementary education and a Masters Degree with emphasis in early childhood education both from the University of Minnesota, Duluth. She has taught for 38 years and was an adjunct professor at UMD for 10 years mainly supervising student teachers, pre-school and K-6. Carlson is a long term member of Phi Kappa Delta and was named in “Who’s Who in American Education” in 1987.

Although a city girl, Carlson spent and enjoyed many summers on her aunt’s farm and raised her four children on a family truck farm.

The Love, Peace, Inside, Health, and Perspicacity: Book 5: Our Uncle's Universe