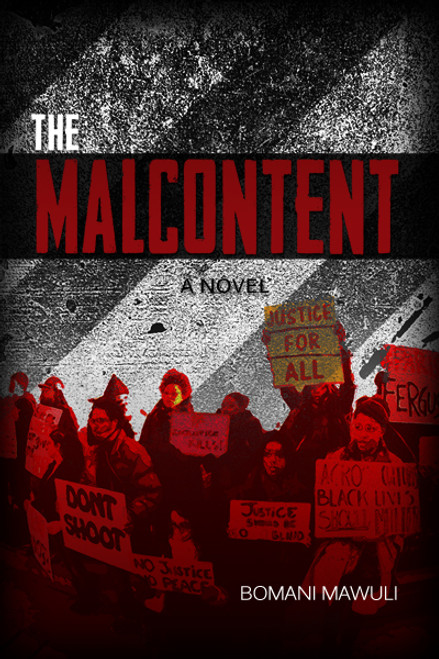 The Malcontent
by Bomani Mawuli

Brace yourself. The Malcontent is explosive its packed with action. This fictional story is a fascinating narrative about the continuing struggle for freedom and justice in America for black people in the 21st century. However, unlike the Civil Rights movement, the road to freedom in this book makes a hard left turn down the path towards radical politics. Despite the election and presidency of Barack Obama, some black people in America are still dissatisfied and unhappy. They know nothing about a post-racial America. They only know about racism and oppression in America. This is their American experience.

John Black, the books main character, is one of the dissatisfied, one of the malcontents. He is a political activist who quickly finds himself in trouble with the law. Initially, he is able to escape being arrested by the police. He is a wanted man and becomes a big news story. The police and the media are in hot pursuit of John Black.

While on the run, Black manages to meet with his girlfriend and some of his other friends. They give him advice and support. He has a decision to make: should he turn himself in to the police and face the consequences of his actions? Or should he keep running? In a dramatic scene, the police will help Black make up his mind.

Bomani Mawuli earned a B.A. degree in African American studies with a minor in English from Rutgers University at Camden. He graduated with Highest Honors. The Malcontent is his first novel. His hometown is Burlington, NJ.