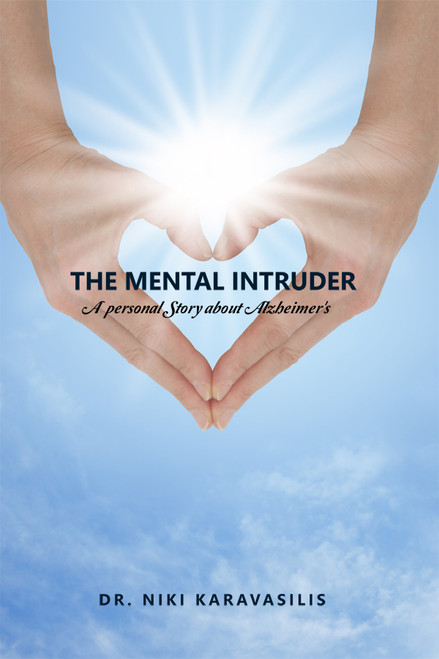 Many people have a tendency to ignore or exclude from their lives people who have dementia and Alzheimer’s. They only include people who are suitable to their own lifestyle. This, after all, is the social norm. However, have you ever thought what it is like to be taken over by Alzheimer’s?

When we pause and think about the above questions and try to find answers that cannot be found, we can begin to understand the distorted world of Alzheimer’s victims—their experiences, and their feelings in their isolated world. Only then, can we relate better to their environment. Only then, we can understand the difficulties that are facing them daily, as they strive to show others that they are still normal people.

By reading Dr. Niki Karavasilis’ book, The Mental Intruder, you will begin to understand the experiences of one person, Soula, her dearest friend, who taught her so much about her disease before she entered in her own world of Alzheimer’s. Dr. Karavasilis, too, was very ignorant of people with Alzheimer’s and ignored them.

Dr. Karavasilis wrote this book to learn about Alzheimer’s and to inform others about this fast-growing disease. She would also like to inform others that the stigma attached to this disease is unjust. We have stigmatized this disease as something bad and overpowering. It is a disease that is growing very fast in all the corners of the world. The clinical symptoms of Alzheimer’s are apparent, but the cure is a long way from being discovered. For now, the only thing that we can do is to wait and show compassion and love to the persons who have Alzheimer’s and give support to the caregiver.

Will the scientists find the cure for this horrific disease? Nobody knows, but there is hope.

Dr. Niki Karavasilis, a professor of foreign languages, was born in Greece and educated in the United States. Fluent in many languages, she taught for thirty-five years at high school and college levels in Athens, Greece, and at several universities in New England.

Dr. Karavasilis was the founder of the workshops in New Hampshire: In Search of Excellence in Teaching Foreign Languages, the president of IBI (International Business Institute) in New England, Chairman of Foreign Languages, Examiner of Foreign Languages for the State of NH, Director of Cultural Heritage Alliance for European Exchange programs in Europe, and visiting professor at the University of Moscow, Madrid, Athens, and Cairo.

A member of numerous honor societies, Dr. Karavasilis was selected for Who’s Who in America and Who’s Who in the East for her outstanding achievements in the teaching profession. She was commended for her efforts in promoting the study of foreign languages by the Consul General of Spain in Boston, Andres Drake, and President Ronald Reagan.

Upon her retirement, Dr. Karavasilis became an author and a lecturer on Greek politics and culture. She is the author of: Scattered Leaves, The Abducted Greek Children of the Communists: Paidomazoma, Reaching America, The Whispering Voices of Smyrna, Οι Σιωπηλές Κραυγές της Σμύρνης, The Journey of Hope, Shattered Lives, and The Mental Intruder.