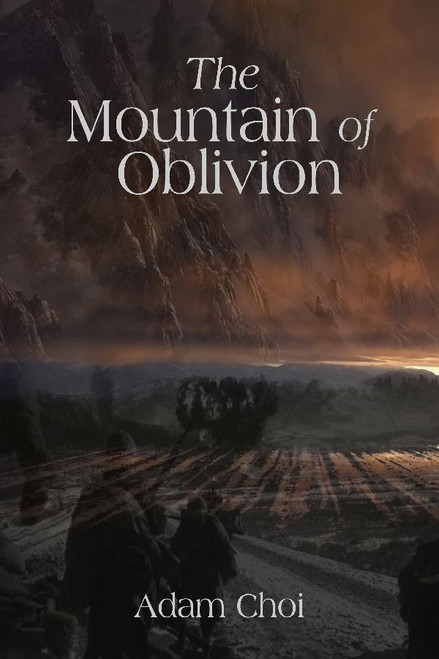 The Mountain of Oblivion
by Adam Choi

Several killing incidents occur in different areas in the United States. A certain Major Berkely shoots and kills fourteen soldiers in the army cafeteria in Texas and tries to kill himself. When asked about the incident, he alleges he has no memory of it. Then, in downtown Chicago, a man with a semi-automatic gun kills around eighteen innocent people in a public library and eventually commits suicide. A unique resemblance is observed from those two killings: the suspects keep repeating the phrases killem all at the shootout.

Michael Ackerman, an agent who disguises himself as an army psychologist named Kevin Baleman, witnesses how Major Berkely kills himself while in an army hospital. Before his death, Major Berkely utters killem all and no gun- two phrases which seem so familiar to Michael.

In the ensuing days, Michael will experience other unexplainable deaths and strange dreams that would confuse him more than ever. But his mounting questions would be answered through his dreams. He would learn of the existence of two after-death places called river of wailing and mountain of oblivion, his true identity, and his rebirth to accomplish a very important mission-to tell the world of the truth behind the 1950 killing.

Adam Choi was born in Seoul Korea in 1957. Just after graduation from King Sejong University he flew to America. He was 25. He went to Iowa State University, but he decided to join the army. During the service, he attended to American Tech. University and Boston University.

Lions of Oblivion by Sean Bott

The Miracle of the City of Ordinary

The Minister Who Wore Many Hats: The Life and Work of the Reverend Charles E. Wells, Sr.

The Mystery of the Dirty Bike