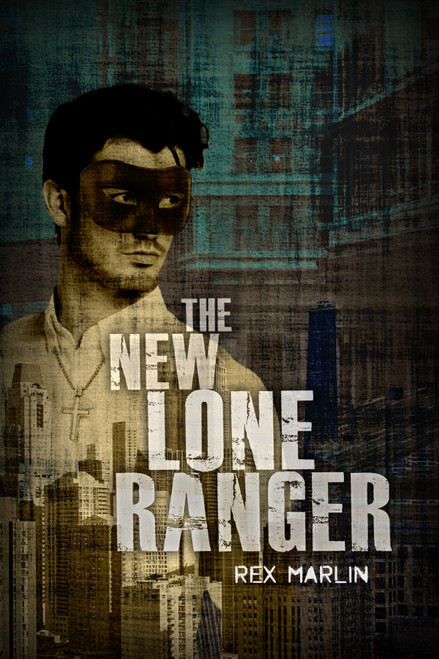 The New Lone Ranger is a handsome drifter, ever seeking new horizons, who happens upon a naïve young lady living right next door to his own apartment in a not-so-safe area of Chicago in 1983.

The red-headed Cynthia does not hesitate to knock frequently on Robin’s door in their dismal St. James Hotel—even if not always well-received, caught up in her cocaine habit… perhaps hoping he’ll join her. She reluctantly learns there will be no hope for that. Nevertheless—undaunted—her plucky demeanor continues to push against a wall of resistance in hopes of one of his occasional hugs returned upon their greeting. Cynthia has discovered her first real friend in this Christian man and tries to hold on to him.

But Robin McElroy has his own problems fighting off his own faults in their Big City environment of thieves and drug dealers and insensitive policemen. He wears a cross but carries a switch-blade.

His boombox is his only connection with the real world outside… the world of music and commercials and news broadcasts from 1983. None of which had been providing inspiration for attempting another book, for which his last returns had been disappointing.

He has yearnings to begin life again—on his own—but how?

Rex Marlin has lived his entire life in the greater Chicagoland area. He is an avid baseball fan, and has been following the White Sox for close to fifty years. In the warmer months, he walks daily and enjoys fishing.

Marlin is a buff on old shows like Perry Mason, The Twilight Zone and Lawrence Welk. He’s got a vast collection of 1950s and early ’60s pop and rock and once studied to be a disc jockey.

Marlin rejects the age of computers and likes things the way they used to be as reflected in all of his novels. He has written twenty-six novels on his old Royal Apollo typewriter, all in varying degrees of religious content.