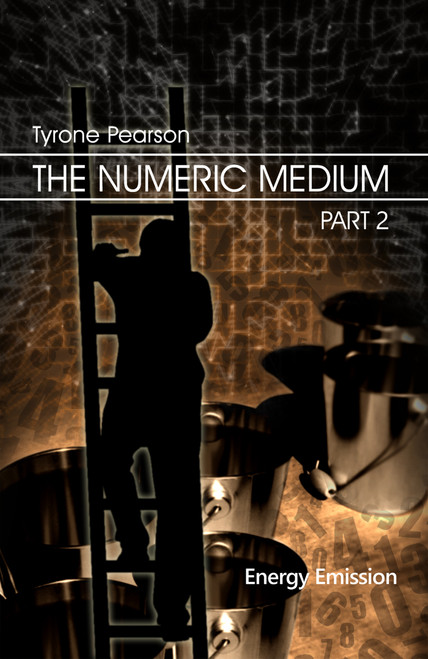 As a pre-med candidate and honor student at Northern Illinois University, Tyrone Pearson defined and understood that power=work/time. He realized that our power is measured in some form by energy. As he began to research all the states in America to gain perspective on numbers and quality of life, he found that New York had the highest disparity of rich and poor. In these terms, as an investor in foreign currency, options, and REITs, he found that it is better to have money coming to you, as opposed to pursuing it. When a person goes to get money, they push themselves against unknown forces in the short- and long-term.

In The Numeric Medium, Part I, Pearsons first book, we learned that we are where we are because of our past. The present is a direct and indirect result of the past. Things happen in the visible and tangible world, as well as the intangible. In the tangible world, things like chess, credit scores, net worth, tax receipts, items purchased, and real estate appraisal can be measured. However, what about the intangible forces, like the people who make you smile, the hearts you have touched? These are the things that people cannot measure. No matter what we can come up with, no one can ever measure what is inside of you.

As Pearson attempts to gain a grasp on the intangible tomorrow, based on locked in and measurable forecasts of America in 2006, he hopes that all will be more conscious of their energy and how they come off. As an investor and very effective strategist, he shows us that the next is coming whether we like it or not.

Pearson figured out a way to make money obsolete and find peace that he will not be hungry for more. The most exciting thing about watching the world change is that you dont know who is going to become what. What happens if it were possible to know based on knowing who people admire or what days were important to them?