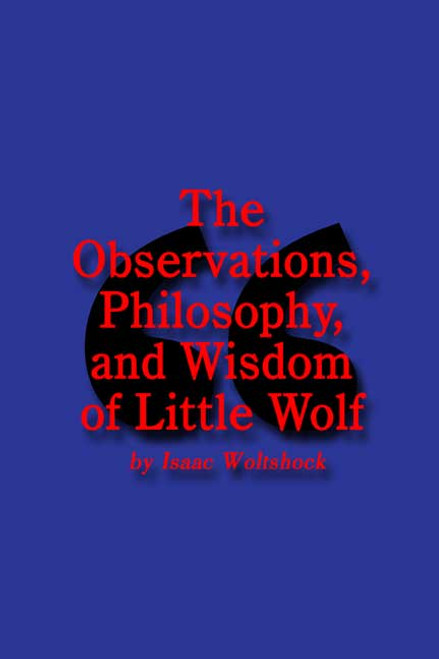 by Isaac Woltshock Some years ago possibly eight or ten I discovered I had an aptitude for encapsulating a thought, a concept, an idea into a quotation. Time passed, and I decided there would be merit in keeping a written record of these literary flashes. There was no thought of publishing. It would be something my inheritors might cherish. However, after gathering a representative body of these sayings, it was suggested that I send them for copyright. The rest, as they say, is history. The maxims are assembled in order of their creation. ABOUT THE AUTHOR The author bellowed his way onto the world scene on February 20, 1916. His parents, Max and Ethel, immigrants from Russia, emphasized music and education. The streets and parks of the Bronx in New York City were his playground. Educated in the public schools of the same borough, he graduated from De Witt Clinton High School in 1934 at the height of the great depression. With the winds of World War II blowing on the horizon, he was an early inductee into the army and did not see the light of civilian day for almost five years. Assisted by the G.I. Bill, he graduated from the Julliard School of Music with a major in violin and from Columbia University with a Masters in Education. A public school music teacher for many years, he retired in 1981. (2006, paperback, 32 pages) Availability: Usually ships in 2-3 business days.
×

The Magic of Mookie