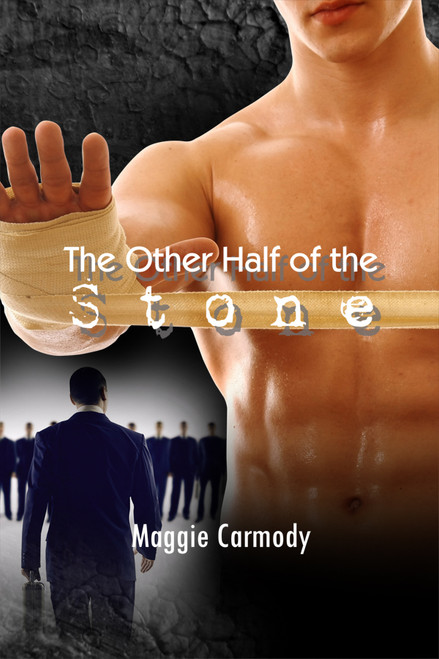 The Other Half of the Stone
by Maggie Carmody

Jogging along the stretch of secluded beach the beautiful and shapely Barbara Pearce thought the stranger resembled a race horse the way his long muscular legs strode across the soft sand with ease. Little did she know her life was about to change as theirs was not a chance meeting.

As Matt was preparing the final details to bankrupt every casino in South Africa, the Russian hacker was under the surgeon's knife having reconstructive facial surgery - nobody would recognize him and his new identity once the casino billions were safely transferred to a bank account in his new name.

All hell broke loose the morning after the casino hacking as each casino boss was informed that every last dime was drained out of their bank accounts. Meanwhile another of Matt's assignments was about to unfold, in a surprise attack on the most sought after drug cartel, the Triad.

Nobody was a threat to Matt, especially the scum of the earth who deal in drug cartels and any other form of corrupted activity. An under cover agent with the CIA, he had his own methods of fighting crime. And his methods worked.

"The pace of the plot seems only to increase with the pages; this is a difficult book to stop reading - thoroughly enjoyable and highly entertaining."

"The opening pages of the story are fast paced and the modern storyline attractive. Character description and dialogue are believable and the plot is developed in a cohesive way, enticing me to read further."

I wrote The Other Half of the Stone in 2004 and entered it in a writer's competition in 2005, the book reached the short list out of hundreds of entries. The plot of the casino hacking emerged after an 18 month obsession with slot machines starting in 2003 when I experienced the damage gambling can do to people and how casinos are designed to lure and entice people from every walk of life. I am presently working on a plot for my second novel.