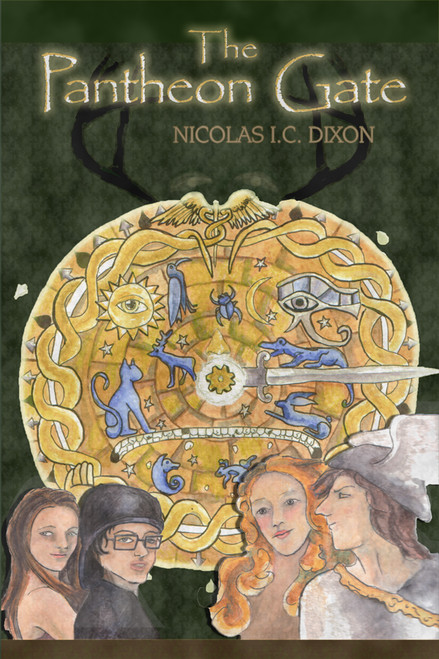 Thomophilus Heliodorus hates his name, school bullies, and funerals. His glasses make him sigh, Aunt Rene makes him cringe, and his sister Adriannes perfect smile makes him want to gag. If it werent for baseball, Thomophilus or Tommy would go insane more insane, perhaps, than even crazy Uncle Leon, who insists that his stories of Greek gods and goddesses are more truth than fiction. But as Tommy and his sister find out, not only is this world of supernatural deities real, they are to play a crucial part in securing its fate for the worse. For as Tommy discovers, immortality may not be all its cracked up to be.

Nick Dixon wrote his earliest stories before he even knew how to spell. He would ask his parents to spell out each word as he wrote the letters in crayon.

He came up with the idea for The Pantheon Gate while lifeguarding, but it wasnt until a broken wrist sentenced him to eight weeks of indoor confinement that he began writing its first chapters.

He currrently lives in Mishawaka, Indiana with his family and Welsh Corgi.