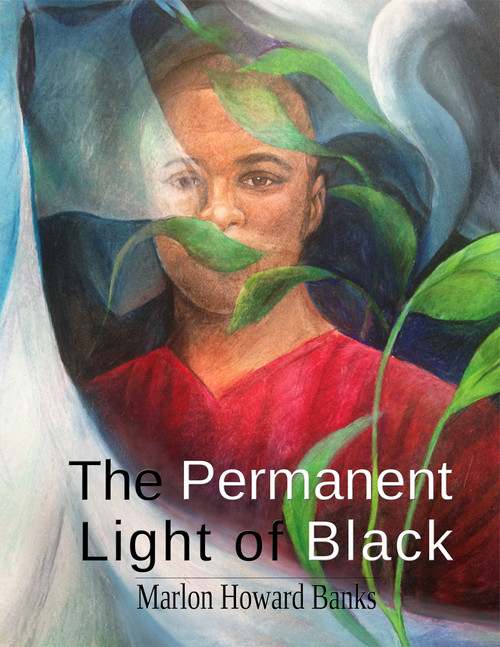 Symbolic, frank, at times romantic, The Permanent Light of Black is also Marlon Howard Banks’ way of paying homage to Marie Woodley, his grandmother, in thanks for the stories she created and shared.  She continues to influence her family - in the poetry of Banks’ aunt, Bobby Woodley; the songs written by Kashiba, Banks’ mother; as well as the new poets in the family today.

The stories in this book are sometimes easy and pleasant. But sometimes, as in life, they are not.  They reflect an expansion of blackness, beyond opposition of whiteness or today’s commercial use of “N” words that merely fatten wallets of businessmen with no likeness of Black people.

So if you hear the word Black defined as something dark, sinister, or ugly, remember it’s a choice where you could instead see it as, “Oh so dark and oh, so lovely!”

Marlon Howard Banks is a painter, writer, and educator from Madison, Wisconsin. He has been involved in music, painting, and writing, since the first hearing of a folktale written for him. The arts were such an integral part of his family that there was no delineation between the music they sang in church and what was created at home. It’s where he learned the importance of giving voice to his presence, and not being defined by someone else. In this collection, The Permanent Light of Black, he hopes to continue this family tradition.

For Banks, any type of artistic expression is an equal intellectual endeavor where he can create, if he chooses to do so, work relating to the Black male experience, or another based entirely on abstraction. However, he is primarily interested in symbolic realism, because of the latitude it provides him as a storyteller. And the use of symbol allows the viewer to find and appreciate meaning on their own terms. With that freedom to paint and write as he pleases, he can move beyond stagnant perceptions.

Or at least he can do so on canvas.

Saved by the Light

To Dream of the Light