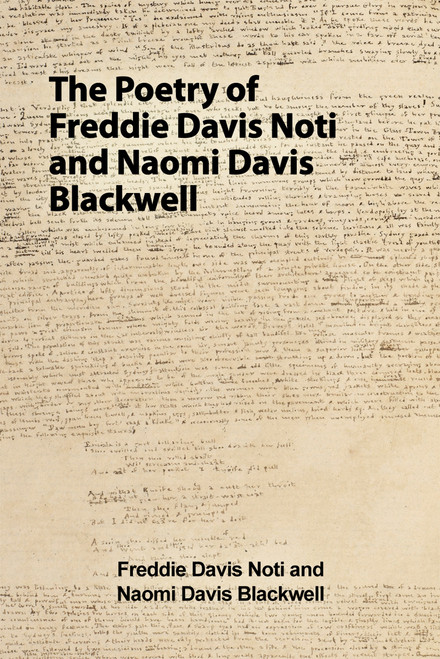 Sisters Freddie Davis Noti and Naomi Davis Blackwell were avid readers of the classics. Naomi was a devoted lover of Charlotte Bront, especially the celebrated novel Jane Eyre. In her adult years she began composing her long narrative poem The Rime of Jane and Mr. Rochester. She spent several years writing and perfecting it and ended with an emotionally rewarding work of beauty.

After the death of Naomi in 2005, Freddie was inspired to write two short odes and a longer poem about her.

Freddie wanted both her poems and Naomis The Rime of Jane and Mr. Rochester published for other lovers of classic poetry to enjoy.

About the Author: Freddie Davis Noti and Naomi Davis Blackwell were born in Louisiana: Naomi was born in a settlement called Willets on October 7, 1927, and Freddie was born in Monroe on September 27, 1932. Their education was largely accomplished in the Ouachita Parish Public School System. They were raised in the tradition of Southern society and were taught correct English and classical literature. Both sisters grew into loves of both and started writing poetry in high school.

Later, in her search for higher knowledge and wisdom, Freddie enrolled in San Antonio Community College night classes where she earned six hours in English Composition and English Literature.

Freddie is a retired federal service employee and continues to live in San Antonio.

Naomi was a federal civil service employee and is buried in San Antonio.