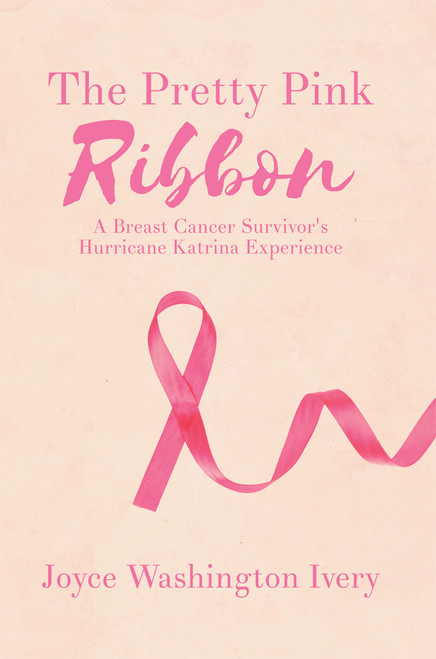 The author was inspired to write this book as a result of her horrific experiences during hurricane Katrina. In March, 1989, Joyce Washington Ivery was diagnosed with breast cancer. One year later she had a saline implant placed in her chest cavity. The implant was removed in August, 2005, fifteen years later, and replaced with a tummy flap. While in the hospital, hurricane Katrina came along with its forceful winds and flooding waters.

Joyce was all alone and forced to spend one night in the Ernest N. Morial Convention Center. Amidst the thousands of people there, she and her cousin crossed paths; and he and his family drove her to Natchez, MS, September 1, 2005, where she has lived since that time. The challenges of salvaging whatever possible and moving to a new city and state were stupendous but not surmountable.

In 1994, she organized Edna B. and Joyce Fay Washington Breast Cancer Foundation, Inc. And on May 25, 2019, the Foundation convened its Annual Meeting in New Orleans, LAin celebration of twenty-five (25) years of service. The very first program organized by the Foundation was a support group – Sisters In Touch – which to this day still exists. Eighteen of the survivors who are actively involved shared their thoughts about how the group has positively affected their lives.

Preceding each of the twelve chapters is heartfelt, descriptive poetry; beginning with “The Pretty Pink Ribbon” and ending with “Eight Forty Six”.

Joyce Washington Ivery wrote her first poetry –“The Pretty Pink Ribbon” – forty-eight days preceding her 77th birthday. The irony is that she wanted to major in journalism but the university did not offer that field of study in spite of the catalogue listing. Instead she was directed to the social sciences and enjoyed a thirty-one year professional career as a social work administrator and family therapist. Ms. J. is enjoying retirement in Natchez, MS as she continues her dedicated work as President/CEO of Edna B. and Joyce Fay Washington Breast Cancer Foundation, Inc.

The Road of Sorrow - eBook

The Necklace of Zedan

The Necklace of Zedan - eBook