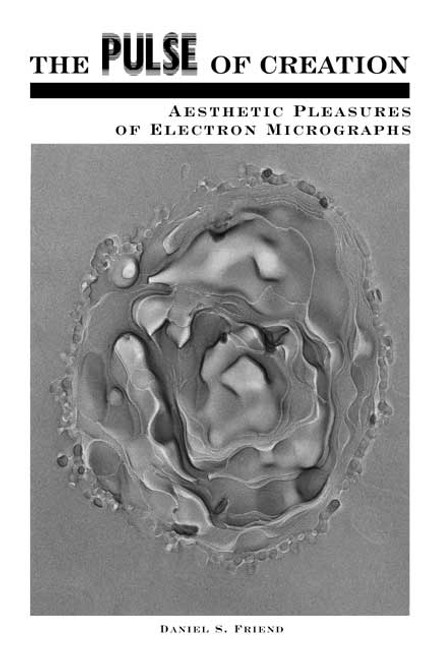 by Daniel S. Friend This book evokes the aesthetic pleasures derived from viewing electron micrographs of submicroscopic objects in and around cells. The electron microscope is an instrument used primarily in scientific research that magnifies objects hundreds to thousands fold. Beyond the scientific value of the information contained in the images captured on 3 by 4 inch black-and-white negatives, the microscope also reveals the beauty of the submicroscopic inner world of cells that often match that of outer space. While I took all of the photographs in this book for their scientific value, it is their naked splendor I display here. I trust you too will find many of the pictures beautiful, awesome, and stimulating. Accompanying each micrograph is a phrase or two written by my daughter, Galen Friend, which she was inspired to write, and my own brief identifications of the specimens photographed. We hope you now enjoy your walk through the celestial garden of the cell. ABOUT THE AUTHOR Daniel S. Friend was born in Passaic, New Jersey, in 1933 to parents who emigrated from Russia. He graduated from Passaic High School in January 1952, briefly attended the University of Michigan, and served for nearly two years in Korea as an operation sergeant in the Eighth Army Corp of Engineers. He then went to NYU, Washington Square College, on the GI Bill, and graduated from the premed program in 1957. He attended SUNY Downstate School of Medicine, earning his MD in June 1961. After two years as a resident in pathology at Boston City Hospital, he did two years of postdoctoral fellowship in the Anatomy Department at Harvard Medical School under the tutelage of the master anatomist Don W. Fawcett and then two more years under the guidance of the famous cell biologist Marilyn G. Farquhar at UCSF. It was during those four years that Dan Friend mastered the science and art of electronmicroscopy. He did basic research in the Department of Pathology, UCSF, rising to full professor there and taking early retirement in 1993 to return to Harvard Medical School with an appointment in the Pathology Department while continuing basic research in the Division of Immunology at Brigham and Womens Hospital. Dr. Friend has been sole or coauthor on over one hundred fifty original research papers and book chapters. The majority of electronmicrographs selected for this book were taken at UCSF School of Medicine between 1965 and 1990. Dr. Friend now lives happily back in Passaic, New Jersey, and is a loving father of three grown children: Galen, Ned, and Jeremy. (2007, paperback, 56 pages) Availability: Usually ships in 2-3 business days.
×

The Proverbs of Manuel