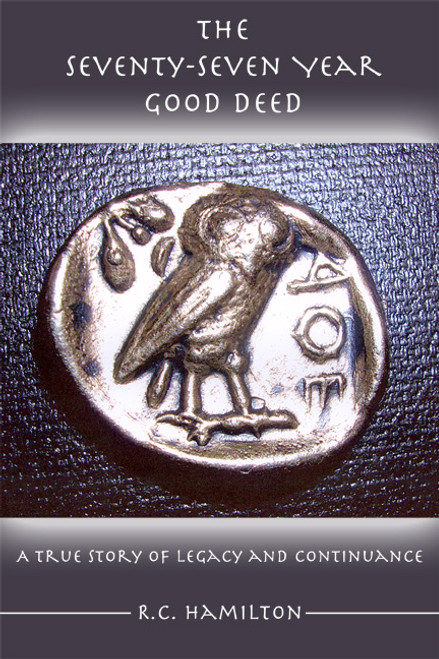 This is a true story. It opens in the present with the discovery of some letters in a trunk in the basement of a house that is about to be demolished. The letters involve a good deed that took place in China in the 1930s. The narrative moves to the discovery of a ghost ship during the Second World War and describes how a woman from Shanghai, in contemporary America, brings this good deed to a full circle, only to sacrifice herself and her children to a kind of tragic oblivion.

R. C. Hamilton works in an academic library as a bookbinder. He resides on a farm that has participated for years in minor breeds conservancy projects. He has been a multi-instrumentalist in a Scottish/Irish traditional music band for over twenty years. His work has appeared in the O.Henry awards short stories anthologies, Antioch Review, Confrontation Magazine, Tropic Magazine, Country Journal, Running Times, Westsylvania Magazine, and numerous other publications. He has won the Western Pennsylvania Press Clubs Golden Quill Award for nonfiction and has twice won the Westmoreland Award for poetry and also the same award for fiction.

A Clockwork Orange: The Continuance - eBook