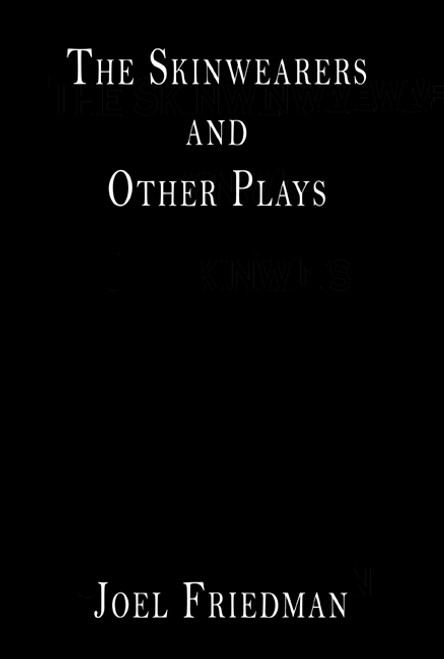 by Joel Friedman The Skinwearers and Other Plays has seen the light of a stage production - more or less. One play had a pre-Broadway try-out, another a favorable New York Times review that earned three options. One was performed by a prestigious Broadway star, yet another by a young man who has since become a screen celebrity, and yet another by a wonderful actress of the Yiddish theater. The author is grateful to them all. ABOUT THE AUTHOR Joel Friedman was the founding director of Joseph Papps New York Shakespeare Festival. He directed a notable A Midsummer Nights Dream in Central Park, and he was Angela Lansburys advance director for her first legitimate tour of Affairs of State. Mr. Friedman directed Honeggers St. Joan at the Stake for Leonard Bernstein at Carnegie Hall with the New York Philharmonic and Monteverdis The Return of Ulysses for the Baroness de Rothschild Foundation. Most recently he played Adam in As You Like It at Bostons Huntington and the Pittsburgh Public and King Lear for the Shakespeare Globe. Mr. Friedman is the author of several papers on Greek drama and theater architecture published in The Psychoanalytic Quarterly, and his papers on Shakespeare have lately appeared in The Shakespeare Newsletter of Iona College. (2004, paperback, 32 pages) Availability: Usually ships in 2-3 business days.
×