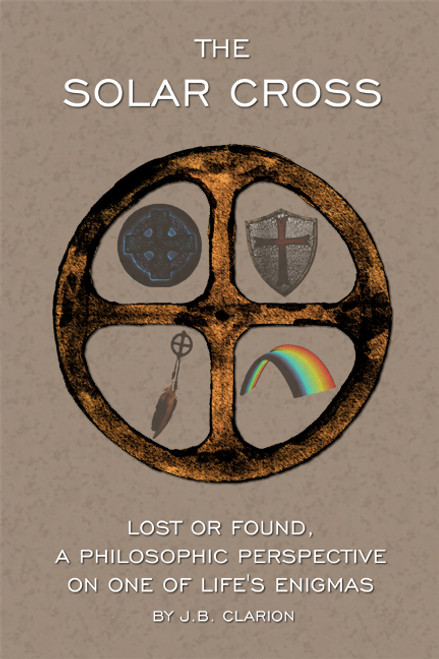 by J.B. Clarion This book can be described as a different philosophical perspective on one of lifes enigmas, which is symbolized by the universal aspects of the Solar Cross (an equidistant cross surrounded by a circle). Its based on universal concepts of balance, which have been forgotten, simply eroded away over the past several thousand years but still appear in fragmented form from time to time and in many locations around the globe. The Solar Cross concept is initiated with a search for truth and attempts to restore a sense of balance, tempering power with wisdom, which was intended to eventually guide us to unconditional love. Love, on the other hand, as we know it has always been the epitome of elusiveness in our perception both past and present. Our conception of love would be considered conditional at best, a pre-stage to finally achieving unconditional love, which has far greater depth by making shifts in consciousness, perception, or perspective of our current life experiences. ABOUT THE AUTHOR The author emigrated from Europe as a child with his family and has lived in eleven states besides his country of origin during his life. He has earned an A.A., B.S., and M.B.A. degrees and has served as a military officer. His work experience included a background in aerospace, finance, and higher education. The author has always been conscious of integrating the Solar Cross concepts during his lifetime since hes a senior member of the Knights of the Solar Cross. The ancient order numbers one hundred forty-four thousand globally and was initiated in the Egyptian temples thousands of years ago. (2008, paperback, 56 pages) Availability: Usually ships in 2-3 business days.
×

The Storm before the Calm: A Story of Heartache and Abuse