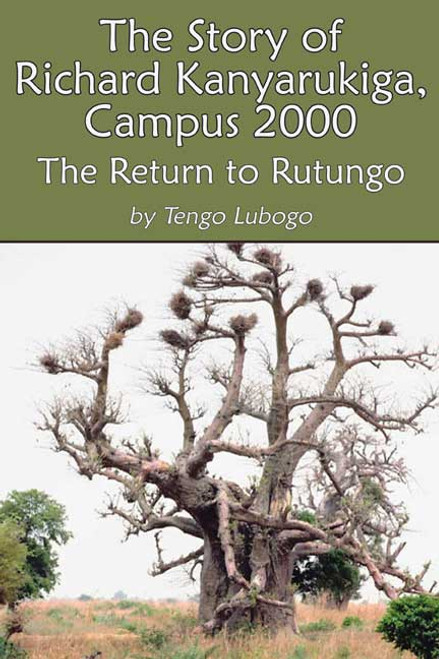 by Tengo Lubogo As a fictional narrative with the purpose of pure entertainment, The Story of Richard Kanyarukiga, Campus 2000 introduces us to Richard Kanyarukiga, a maturing adult during a turbulent period of Ugandas recent history. Kanyarukiga comes from Rutungo, a fictional area in Southwestern Uganda bordering Rwanda and Tanzania. His people, the Banyarutungo, have much in common with neighbouring Banyakitara and other people in Uganda, Rwanda, Tanzania, and the Congo. Kanyarukiga finds himself a refugee in neighbouring Tanzania, where he obtains employment as an assistant lecturer at the place where he previously attended as an undergraduate: The University of Dar-es-salaam. Kanyarukiga is a saved Christian of the balokole school. His family and others became balokole during the Great East African Revival of the 1930s, which started like wildfire in Gahini Rwanda and quickly spread throughout East Africa and to the rest of the world. The novel traces Kanyarukigas day-to-day activities, thoughts, and impressions as he lectures his students at the University. He eventually meets with Peace Ndizeye, a fellow Ugandan and student at the same university who is also a saved Christian of the balokole school. Kanyarukiga returns to Uganda and subsequently marries her. The story closes with Kanyarukiga as a newly-appointed ambassador. The Story of Richard Kanyarukiga, Campus 2000 succeeds in capturing an important moment in Ugandas recent history, while still entertaining readers at the same time. ABOUT THE AUTHOR Tengo Lubogo is from Bulamogi, Busoga, and his hometown is Jinja, which is at the source of the Nile River. He resides in Kampala, Uganda, and he is a lawyer by training and presently works as a legal officer. Mr. Tengo Lubogos hobbies include reading and writing fiction, poetry, and prose, and listening to Christian and Ethiopian music. He believes in the East African Federation and the African Union. Mr. Tengo Lubogo also believes in the ancient, time-tested Pan African values of community, family-hood, solidarity, consensus, hospitality, and respect for our elders. The Story of Richard Kanyarukiga, Campus 2000 is his first published book. (2006, paperback, 244 pages) Availability: Usually ships in 2-3 business days.
×