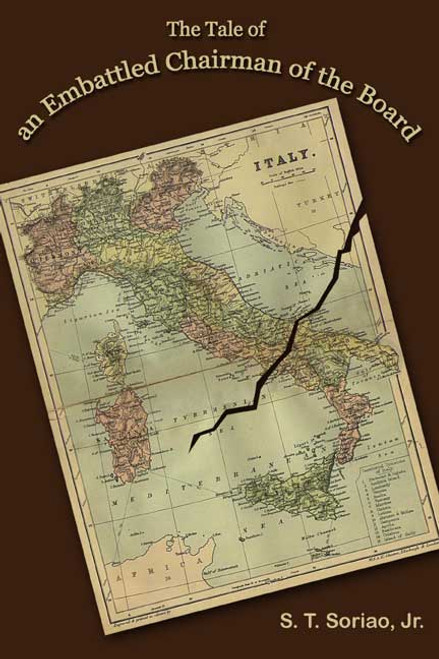 by Simplicio T. Soriao, Jr. The Tale of an Embattled Chairman of the Board is about power and its nuances. In his years of working with the corporate arena, the environment exposed the author to the vicious nature of the corporate elite, whose preoccupation with exploitation seems endless if not insatiable. While there is truth in power sharing, one should not construe the situation as an enduring relationship. In any organization where suspicion replaces trust, power becomes a vehicle a vicious tool that brings about desired results to a selected few whose motivation differs from the collective views of those who believe in the just sharing of authority and dispensation of power. Immense as it appears, power and its ramifications are at the disposal of those who desire to exploit it to the fullest. The rise and fall of empires and regimes depend, to a large measure, on the zealousness and propensity of those empowered to lay them down with or without authority to the masses. Power thrives where there is a test of wills, where there is a need for change, where inaction and stagnation reign, and where the midst suffers from a dearth of intellectual joust. Yet the desire for legitimacy is supreme to enable those with real authority to sway and exact obedience from its subjects or citizenry. ABOUT THE AUTHOR S.T. Soriao, Jr., who also writes under the penname Malvar Alvarez, hails from the Philippines. Literature and the arts preoccupied Mr. Soriao during his younger days. He wrote poems, sketched, and even thought of embarking on architecture as another undertaking. The reality of the times in his native country, however, dashed those early ambitions. One of the eldest among a brood of 9 girls and boys, his parents tasked him enormous responsibility of providing for the needs of those within the family roof. In 1964 Mr. Soriao completed his undergraduate studies from one of the oldest academic institutions of the country. Established and founded in the city of Manila during the early 1920s, Far Eastern University (FEU) thrived and prospered and became the college of choice for most of the Soriaos. Buoyed by the United States promise of economic freedom and its enduring faith in rugged American individualism, Mr. Soriao and his family migrated to this land of promise in 1974. Communication difficulties, racial discrimination, and indifference from a rooted Filipino community reduced him to virtually a stranger looking in. Polarized and defeated, he yearned for home. The author writes to while away his time. He has other works in progress, mostly fiction. His garden keeps him busy, and his new variety of orchids is showing a lot of promise, absent foul weather about to rush in. (2006, paperback, 52 pages) Availability: Usually ships in 2-3 business days.
×

The Tales of Wally the Whale and Sammy the Salmon: Volume I