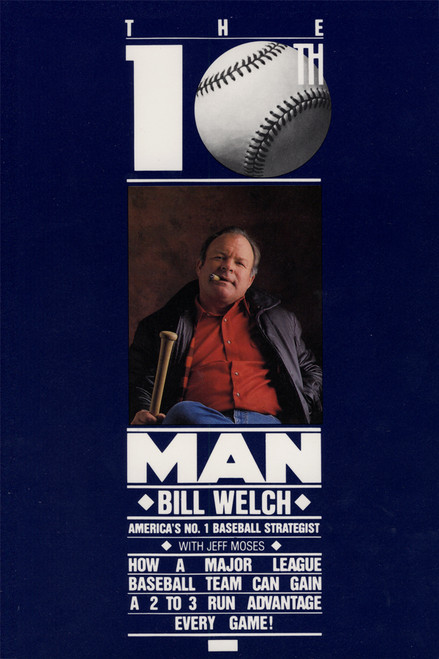 The Tenth Man
by William Welch

The new age of baseball statistics has arrived! The Tenth Man is the first in-depth look at Bill Welchs Baseball Analysis and Reporting System The BARS System an organization that uses a nationwide scouting network and a powerful computer to show records for hitters and pitchers that make traditional statistics seem out of date.

The BARS System charts batting averages for nine different locations in the strike zone for fastballs, curves, sliders and change-ups! In addition, complete reports are given for pitchers, showing what types of pitches they throw on different ball and strike counts.

The powerful BARS System computer calculates fielding strategy that, along with other strategies presented in this book, will allow each major league team to gain a two-to-three run advantageevery game! Imagine the difference in a teams final standing if it could prevent 200 to 300 runs each season that its opponents are now scoring. Adding Bill Welch and his powerful BARS System computer to a team as its Tenth Man could make any team excel!

THE THREE THIEVES THAT STEAL OUR HEALTH AWAY: and how to deal with them