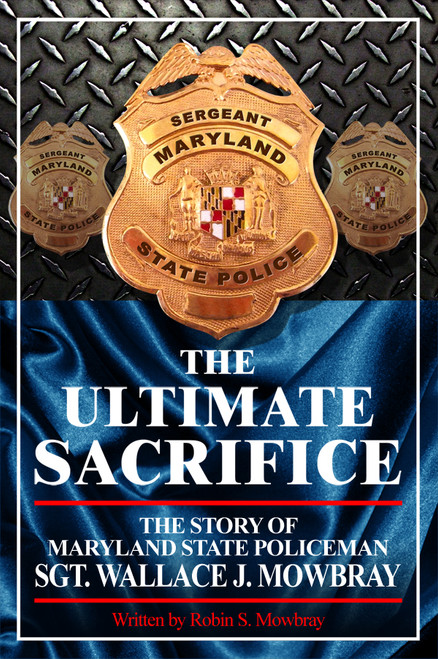 This is the life story of Sgt. Wallace J. Mowbray of the Maryland State Police, seen through the eyes of his daughter, Robin. This story follows Sgt. Mowbray through his beginning career as a city street cop, his personal life with a loving wife and three children, then through his career change to a Maryland State Policeman, until his untimely, tragic, in-the-line-of-duty death.

Readers will see how Sgt. Mowbrays familys lives would be forever changed, a community that also mourned and how, with the perseverance of his daughters stubbornness, justice would eventually prevail.

Robin is the daughter of Maryland State Policeman Sgt. Wallace J. Mowbray. Born and raised on the eastern shore of Maryland, she watched her fathers lifelong dream of becoming a policeman diminish when he was gunned down tragically at the age of 39. She tells of her fathers life, personally and professionally.

A 1973 graduate of Queen Annes County High School in Centreville, Maryland, Robin now works as an accountant for an electrical contracting company in Cambridge, Maryland. She is a member of the Eastern Shore Writers Association, freelance writes, an advocate for victims rights, and a member of the organization C.O.P.S. (Concerns of Police Survivors), along with being a member of the Stephanie Roper Committee for victims rights. Her mother and brothers also reside nearby. Robin has a son, Justin; a daughter-in-law, Laura; and two granddaughters, Haley and Chloe.