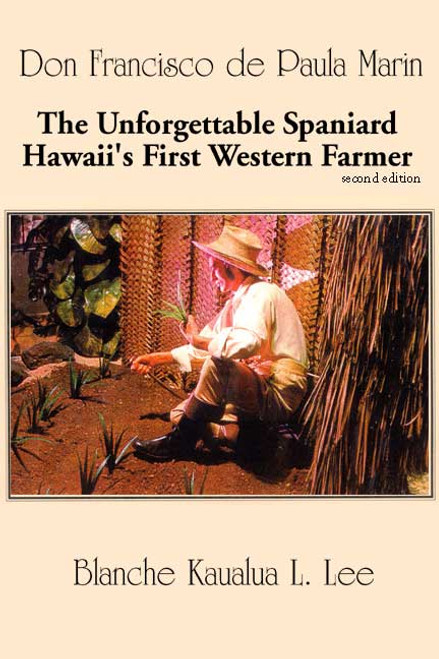 by Blanche Kaualua L. Lee This account tracks historical events that occurred in Hawaii in early 1800 to 1900 involving a Spaniard who lived in the Sandwich Islands (Hawaii) named Don Francisco de Paula Marin from Jerez dela Frontera, Spain. Read about his travels throughout the Pacific and Western Regions: how he was shanghaied to the Hawaiian Islands in late 1700s; how his experiments with plants from many foreign countries changed the regions agriculture, and how he may have brought foreign travelers to Hawaii. His devotion and services to the Hawaiian Monarchy brought him wealth and recognition in later years. This account also details the arrival of early missionaries from New England and their religious involvement with the Hawaiian Monarchy, the French Catholics, and the Hawaiian Islanders; the arrival of Spaniard Explorers in early 1500; and the discoveries of the Pacific Islands. ABOUT THE AUTHOR Blanche Kaualua L. Lee, born in Honolulu, Hawaii in 1923, lived in the Kaimuki district, Honolulu, where many Catholic Schools were located. Raised with a multi-racial background, she graduated High School in June of 1941, before the outbreak of World War II. She attended a Honolulu Business School, the US Army Finance School Internal Review/Auditing and Intro Military Accounting, and the Intl Accounts Society, Inc., Chicago, Illinois. For six years, she researched the family geneaology and history written of Marin. Her grandmother, Mary Haupa Manini, is a granddaughter of Don Francisco de Paula Marin, who came to Hawaii in 1791. (2005, paperback, 150 pages) Availability: Usually ships in 2-3 business days.

The Vampire Slayer: A One Direction Vampire Story

The 'Tool' Made Easy!

The Truth of Immanuel: The Second Attempt to Kill Christ

The Ties That Bind

The Waiting Room of Souls

The Unbelievable Adventures of Patch and Krystal