The United Nations of America: A Biblical Interpretation of America's Dominant Role in Apocalyptic Events of the Twentieth Century 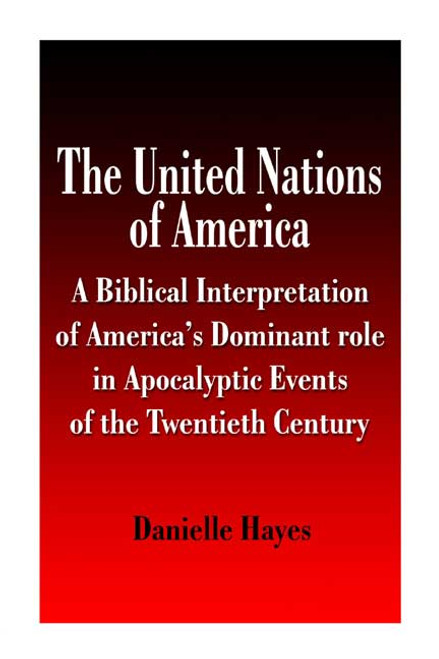 The United Nations of America: A Biblical Interpretation of America's Dominant Role in Apocalyptic Events of the Twentieth Century

by Danielle Hayes The United Nations of America is a religious fiction suspense novel that centers around the mystery of the prophecies found in the scriptures and those written by Nostradamus. The prophetic interpretations in the book are used to decipher the meaning of historical and current events of the 20th century and beyond. Although this novel is an interpretation of 20th century warfare and politics, the focus of the book is to reveal what the scriptures say about American dominance in the world. It also gives the reader a clear understanding of why the United States is such a hated nation in the global community. The United Nations of America is a mystical book that is certain to gratify readers interest in the mystery behind the sixth sense of prophecy and divination. ABOUT THE AUTHOR Danielle Hayes was born in Bloomington, Illinois, and raised in the South Suburbs of Chicago. While in high school, she was a friend with a girl who tried to draw her into a culture of unrestrained sex and drug abuse. After making a clean break from her friend and her circle of friends in 1995, she began reading and interpreting the scriptures of the Bible, developing a great passion for divination and dream interpretation. (2005, paperback, 62 pages) Availability: Usually ships in 2-3 business days.
×

The Toothless Fairy (How She Lost Her Teeth) - eBook