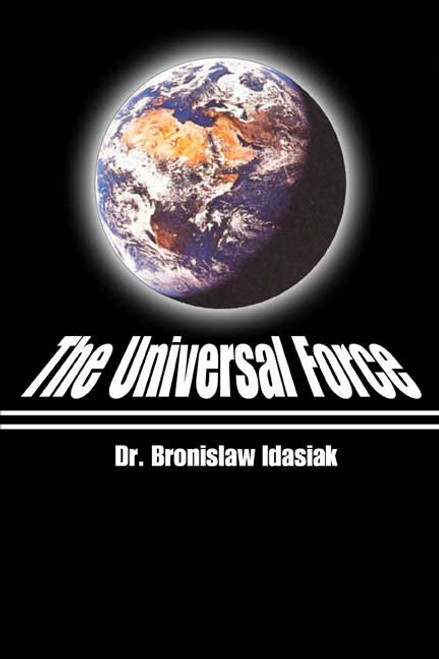 by Dr. Bronislaw Idasiak New theories are submitted herein that invalidate most of presently accepted notions in physical sciences. They are presented in a manner so that they can easily be followed and understood by a reader without resorting to high mathematics. The subject matter encompasses a very wide range from an elementary mass creation, the nature of forces, and black holes, to the accelerated expansion rate of our universe. What is the mechanism that results in gravitation? Is the strong force really confined to a microscopic range? What is the relationship between the two forces? Do they actually exist? Or are they replaced by the Universal Force? From where did this new force come? Is empty space absolutely empty? Is there such a thing as space-energy medium? Could we exist here without it? Read on. ABOUT THE AUTHOR Dr. Bronislaw Idasiaks formative years were hardly ordinary. Born in Poland, his elementary education was shattered by the outbreak of the Second World War, followed by the murder of the entire teaching staff by Germans who invaded his native country in 1939. As a barely thirteen-year-old boy, he ended up in slave labor camps, starving and toiling there for the next five years. He escaped to Switzerland and crossed over to Italy to join the Polish Army. Dr. Idasiak made up his six lost educational years in England and was awarded his first degree in electrical engineering with honors from London University. He continued his graduate studies at the University of Pennsylvania and became a U.S. citizen after sixteen years of being stateless, a person without a country to call his own. Dr. Idasiak was engaged in various pioneering projects that were in the forefront of technology, such as the Transcontinental, high-capacity microwave system; MFAR (multi-phase array radar for warships); Lunar Orbiter (a precursor to moon landing); WESTAR (the first satellite communication system in the U.S.); TDRSS (a low-orbit satellite system with visibility over the entire world); Fiber Optic Systems; and others. His responsibilities ranged from Development Engineer, Manager of Engineering, Director of Engineering, up to Chief Engineer of the Corporation. (2006, paperback, 180 pages) Availability: Usually ships in 2-3 business days.
×