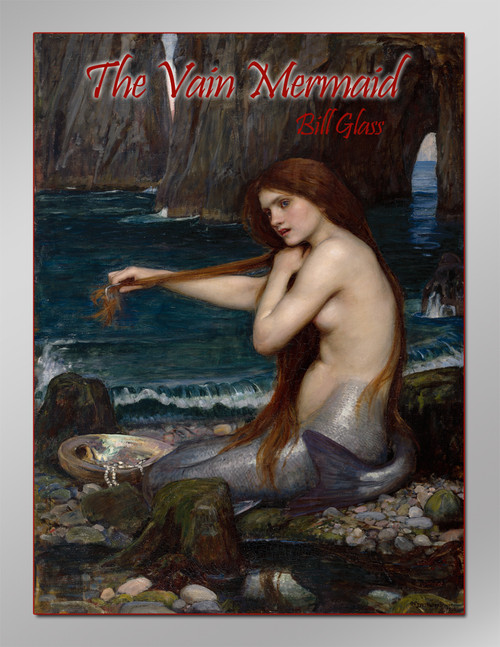 The Vain Mermaid
by Bill Glass

Once upon a time, a king of Scotland granted a coat of arms to a man named Glass. In the center of the shield was a red fleur-de-lis, among three red stars, on a silver field, surrounded by a red border. The crest of the helmet was in the image of a bare-breasted mermaid with a comb in her right hand and a mirror in her left.

The Vain Mermaid by Bill Glass is a genealogy of the authors ancestors. The histories date back to 1635 and include such momentous events as Monmouths Rebellion in 1685, the Battle of New Orleans in 1815 and the attack on Pearl Harbor in 1941. The legends start in the eighth century and involve Vikings, Norman knights and cathedral stone masons.

Bill Glass was born in Chicago, Illinois, but reared in Indianapolis, Indiana, where he graduated from North Central High School. He is also a graduate of Indiana State University, a veteran of the U.S. Marine Corps and a retiree of the U.S. Civil Service. He has been an air traffic controller, an IRS revenue officer and a VA benefits counselor.

Bill loves to read and write, and The Vain Mermaid is his second book. His first, Pilgrimages, a journal of ten guided tours that he had taken, was published in 2013. He also enjoys live theater and has held season tickets to the Indiana Repertory Theatre since 1976.

Bill and his wife, Ann, live in Avon, Indiana.

How Lynn Became a Mermaid

THE UNQUENCHABLE F.I.R.E. OF LIFE