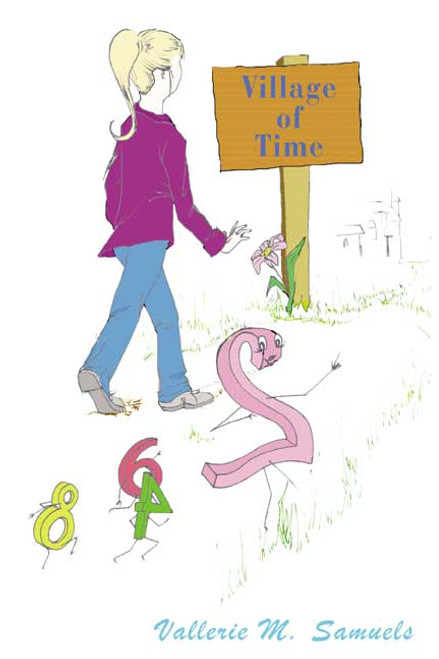 by Vallerie M. Samuels Its crunch time! Zendy Michaels must have all of her multiplication facts memorized because soon she and her best friend, Chloe, are to participate in a multiplication competition, and Zendy has promised to be ready. While studying late into the evening, Zendy finds herself transported into a dream world of walking and talking digits, the Village of Time. Through a series of adventures with the strange characters she meets, Zendy learns all of her multiplication facts. Join Zendy on her adventures and you, too, can learn all of your multiplication facts as you meet her friends in the Village of Time. ABOUT THE AUTHOR A native of Trenton, New Jersey, Vallerie M. Samuels taught fourth and fifth graders for over thirty years. Through her studies at the College of New Jersey, she became interested in writing and began composing limericks and poems that taught her students their multiplication facts. When she would meet them years later, many of them boasted of still knowing their multiplication tables because of the singsong rhymes Vallerie used as a teacher. These students are her inspiration for writing The Village of Time. Vallerie is now a retiree with many fond memories of her years as a teacher. (2005, paperback, 32 pages) Availability: Usually ships in 2-3 business days.
×

Strubel and the Village of Strawberry - eBook

The Way It Was