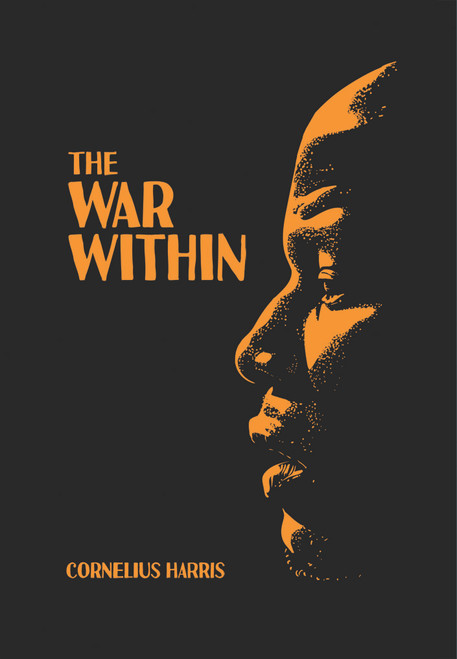 Accounting day-to-day encounters with the outside environment set Cornelius along a path of journal writing, encouraging the idea to make The War Within a memoir. The completion of his book details being affected emotionally, psychologically and spiritually. He articulates how profoundly his pain and suffering affected him, pulling out emotions, that he beautifully articulates concerning his social environment and how it shaped him. During this process, he uses the theme of religion/spirituality as a tool to enlighten him about the nature of his existence and this interplay with the supernal universe, as he accounts his psychic impressions, that he refers as God, or spirit guides, sent to help him understand who he is as a hurt Black, gay man. Inter-generational healing becomes crucial in understanding his family dynamic, by using his rejection, shame, and trauma as an impetus for self-revelation. He deals with the struggle of understanding his sexual identity around the context of a heteronormative society, and how he endured unbearable discrimination, and stigmatization from a ruthless society. This drove him in the door of Alcoholics Anonymous, a source he uses as strength to also heal from being marginalized in his own community. By reconciling those fractured social networks that had once hindered him from embarking on self-discovery, he is able to find a path to discover himself as a Black, gay, veteran, living within the cultural milieu of a American narrative that tells a different, less noble story of who he is expected to be, by daring to break historical stereotypes and living his own truth.

Cornelius Harris was born in Baton Rouge, Louisiana and raised in Little Rock, Arkansas. He served an eight-year career in the United States Army and lives in Atlanta, Georgia.

The War Within - eBook

A Guide to Change

Me and Thelma and Louise