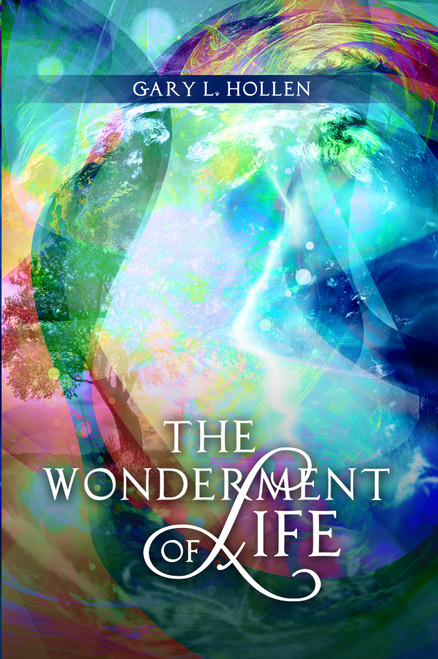 The Wonderment of Life
by Gary L. Hollen

The Wonderment of Life connects spirituality, political thoughts, and coming of life as a young man and woman experience it in this world with the promise that there is more; a return to The Source. This man faces an athletic endeavor and gradually seeks a life of service in politics. The woman dedicates her life to loving her husband, her family, and giving back to the homelessness issue. This book is about the wonderment of life.

Author Gary L. Hollen was born in Bend, Oregon, in 1939. It was a time of despair, of world discord, yet optimism. People believed in a better tomorrow and came together to try to make their hopes and beliefs a reality. It was the time of our greatest generation.

Hollen attended first grade in a one-room school and then second grade in a two-room school. He traveled constantly during his youth and attended many different schools. He graduated from Willamette University in Salem, Oregon, before entering the United States Navy where he served during and after the Cuban Missile Crisis. After a two year stint, he returned to Salem to obtain a masters degree from Oregon College of Education in Monmouth, Oregon, and begin a thirty-five year career in education as a junior high and senior high school math teacher, department chairman, basketball coach, curriculum vice principal, and principal.

Hollen and his wife Liz were blessed with two beautiful daughters, Mandi and Marri. They in turn gave him four grandchildren, Payton, Presley, Jackson, and Kellan.

Hollen has written or co-authored four books counting this one. They are Coriolis, The Blackthorn Conspiracy (under the penname, T.T. Brothers), and Tributes to Sadness and Happiness. Hollen has two favorite sayings. They are, It isnt over until the fat lady sings and When you come to a fork in the road, take it. In writing this book, he believes that he took a fork in the road and has yet to hear the fat lady sing.

The Winter Adventure of Stanley the Cat