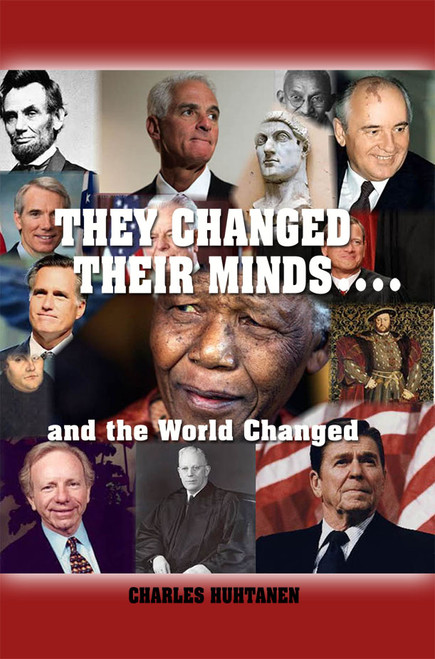 They Changed Their Minds. and the World Changed
by Charles Huhtanen

Some of the most important events of history have been wrought by important contemporary figures who realized that their concept of right and wrong had changed. Bravely, even knowing that they were fighting uphill battles, they soldiered on and altered their mindsets for the benefit of their fellow citizens.

One, Benedict Arnold, became a traitor to his country. Another, Nelson Mandela, was a revolutionary who gained great power in his country but refused to accept the title of dictator or king.

Some important figures of history stubbornly refused to change their thinking, even knowing the dire consequences of maintaining present strategies: Adolf Hitler and Napoleon were crushed by Russian forces and winters that destroyed their own armies.

In the Shadow of Joy: How Tracing My Family Roots Changed My Life

Collection of Poetry: You Changed My Life

They're Just My Friends

There's Something in the Earth: Self Help Feng Shui Guide for Autism and Alzheimer's

They Came With Faith, Hope, and Courage (paperback)