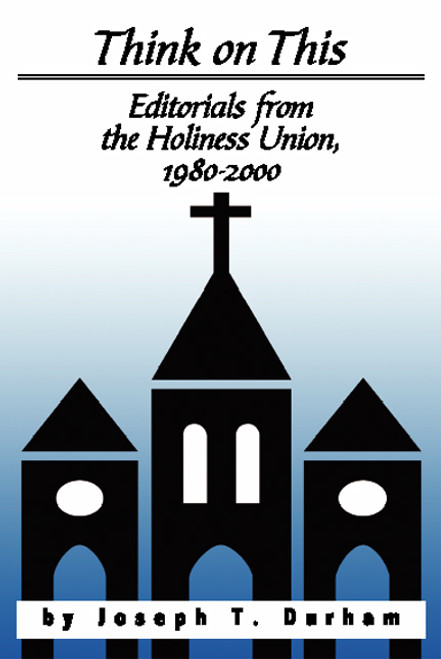 by Joseph T. Durham, Ed.D. These writings represent the thinking of an African-American Pentecostal writer over a period of twenty years, as published in the Holiness Union, the paper of the United Holy Church of America, the nations oldest African-American Pentecostal group. Dr. Joseph T. Durhams editorials deal with a number of issues in Pentecostalism and the church in general. Some editorials are devotional in nature, while others deal with special events such as Thanksgiving, Christmas, and African-American history. Finally, there are biographical editorials dealing with outstanding personalities of the United Holy Church of America who have gone to their eternal reward. ABOUT THE AUTHOR: Joseph T. Durham, who received his doctorate in education from Columbia University, is a leading layman in the United Holy Church of America, Inc., the oldest African-American Pentecostal body in the United States. Dr. Durham assumed the editorship of the Holiness Union, the church paper, in 1980 and continued in that position until 2000. He has written materials for the David C. Cook Publishing Company, including a story about civil rights in the black church. Dr. Durham is the president emeritus of the Community College of Baltimore, a former professor of education at Morgan State University, and currently serves as adjunct professor of education at Coppin State College in Baltimore, Maryland. (2004, paperback, 232 pages) Availability: Usually ships in 2-3 business days.
×

They Came With Faith, Hope, and Courage (hardback)