Thoroughbred from the Genetic Normal 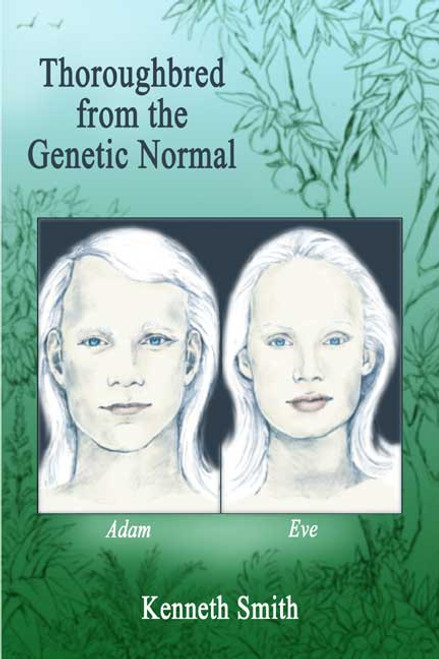 Thoroughbred from the Genetic Normal

by Kenneth Smith The human genetic normal, patterned after God, has been discarded as a nonexistent myth by over fourteen hundred of the top scientific genetic minds even in this modern era who trust in the strength of their own bionic-engineered arms. Early in the twenty-first century, the scientific community celebrated a conclusion that had caused a derailment in the advancement of biotechnology, which has boasted great promise in the progression of every aspect of human life: our food, our medical care, our entertainment, our health, our bodies, and even global warming, offering a complete facelift of our entire planet. This book and thesis will be a direct replacement for The Origin of Species, by Charles Darwin, which is rated in the top one hundred books ever published. It proves 100 percent beyond a doubt that man evolving from an ape into our modern-day human development is absolutely wrong! ABOUT THE AUTHOR While working at Central Reference Laboratory in Anaheim, California, my immense love for the study of hematology brought me to the greatest scientific discovery in this century. My job position gave me the task of centrifuging and processing blood samples along with cultural specimen for testing. Upon completion of the testing and after data entry, I reported the results to area medical facilities. On impulse I furthered my own independent studies into a feasible theory of the genetic normal human species I followed through on. It became a billion-to-one shot that came true; I discovered the genetic normal, the missing link between man and ape, and also broke the genetic code, which deciphers all four bases of DNA codon strands into a numerical value of 0-9, human and alike, which revealed a new genetic law, Genetic Marginal Boundaries (GMB), which is as concrete as Michael Faradays current law in closed electrical circuits. Ive kept this discovery to myself until this book because of the old literary adage, If you have something important to say, then put it in writing. Truth, though simple in understanding, is often burdened to find its way into mens lives, but a complicated lie is always easily gravitated into the mind and lifes works. (2008, paperback, 780 pages) Availability: Usually ships in 2-3 business days.
×

A Play from Mesis Valley

This is the Real James Brown - eBook

There's Something in the Earth: Self Help Feng Shui Guide for Autism and Alzheimer's