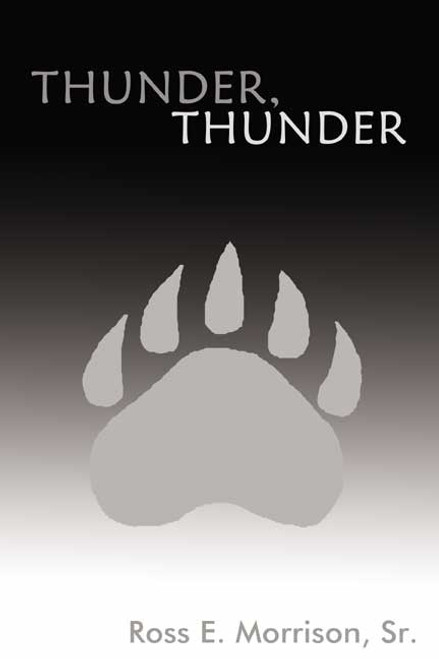 by Ross E. Morrison, Jr. When four men rape and cause the death of an Indian woman her son and her brother ultimately seek revenge. Unknown to the four rapists the son of the Indian woman witnessed her total ordeal. Tom, the son, and his sister go to live with their grandparents, the chief and his wife and son named Thunder Wolf. The chief gives Tom the name Thunder Claw. Thunder Claw finally informs the chief and Thunder Wolf that he saw everything the night his mother was killed and can identify the four men. Together Thunder Claw and Thunder Wolf learn the art of fast draw and set out seeking their revenge for the death of their mother and sister. ABOUT THE AUTHOR Ross E. Morrison was one of seven children born to George and Viola Morrison. After graduating from the Indianapolis public schools, he enlisted in the U.S. Air Force before being discharged to attend the armys Officers Candidate School, graduating in 1953. He became a master parachutist and retired from the army in 1970 with the rank of major. He graduated from Indiana University--Purdue University Indianapolis in 1973. He retired from civil service in 1993. (2005, paperback, 232 pages) Availability: Usually ships in 2-3 business days.
×

Thunder Under the Sea