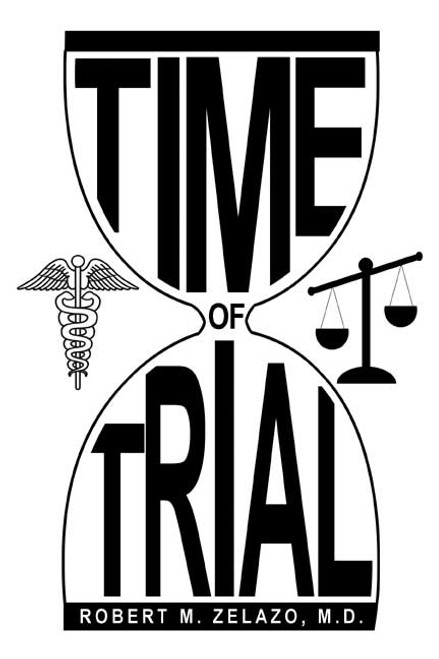 by Robert M. Zelazo, M.D. Exploring the pernicious underpinnings of the medical malpractice industry, Time of Trial is a novel that chronicles one doctors struggle to defend himself against an unjust malpractice suit. Employing the protagonist as narrator adds a personal tone to the narrative. Early one morning in a Vermont emergency room, Martin Wennar dies of cardiac arrest despite the best efforts of the staff to save him. Having suffered from senile dementia and the frequent falls that accompanied the condition, no one is surprised when the seventy-year-old man passes away. His primary care physician, Jon Ziebaska, is very surprised, however, when he receives word that Martins wife, Kathy, is suing him for malpractice. Initially confident, Jon reviews the patients records and believes nothing even remotely questionable occurred during the care of his patient. Yet forces beyond his comprehension are at work. To make matters worse, Cassy, Jons beautiful and loving wife of several decades, is diagnosed with Alzheimers and begins to slowly slip away from him. Ultimately, Time of Trial critiques the legal and medical professions for their involvement in an industry that in the end helps no one. ABOUT THE AUTHOR Robert M. Zelazo is an internist who has been practicing medicine in northern Vermont for over twenty-five years. He currently takes care of patients in the outpatient setting, in several nursing homes, and in the hospital. He is presently working as the medical director for the NO.T.C.H. group (Northern Tier Center for Health) as the medical director for four federally qualified health centers in that area. He lives with his wife, Sandra, a chocolate lab, and four cats in the town of Highgate, Vermont. Like the doctor in the story, he plays the bagpipes, hunts ducks in the fall, runs regularly, and enjoys playing duplicate bridge. His two daughters are grown and out on their own. His wife wants readers to know that not only does she not have Alzheimers, but she consistently beats her husband at every word game known to man. (2007, paperback, 186 pages) Availability: Usually ships in 2-3 business days.
×