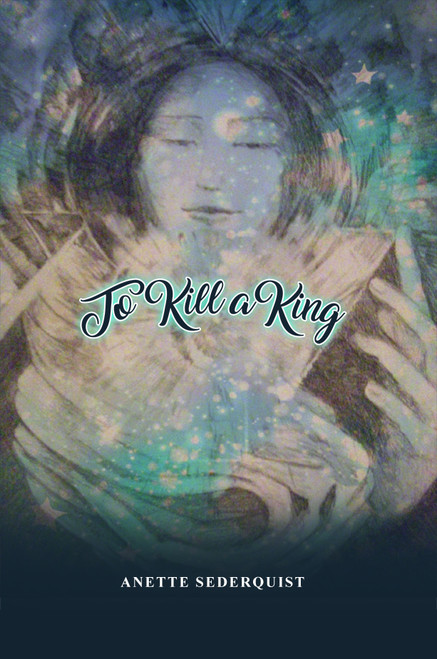 The world of Corenthions holds mysteries of an enchanted indigo planet bursting with ancient religions and cultures. A hierarchy of magical beings rule Corenthions with the Emperor a Warlock, and Empress, and a Sorceress holding the continents in place with their energies and strong religion of The Night.

Casandra De Volt, their daughter, has graduated from the University Academy. On her carriage ride home to the North Castle, she and her companions are pulled from the sky by powerful wizard Prince Devon Bertrand. They disguise themselves and cover their magic to not be discovered. After their release, the Emperor forces Casandra into a marriage to an old friend, Count Henry Rakie. However, they are unaware Henry was poisoned by Devon’s Father, the King of Hex. The antidote to Henry’s poison is being withheld until he can bring Casandra as his bride. In Henry’s curiosity and understanding of the wicked King Hex’s interest in Casandra, Henry falls in love with the beautiful, spirited, and powerful young sorceress. The mystery and magic that unfolds illuminates the intricate balance of dark and light magic, as well as the deep pull of male to female

The author is a retired retail and manufacturing manager, now living in San Antonio, Texas. She was born and raised in St. Louis County, Missouri. Later, she moved to St. Charles, Missouri, and then Dallas, Texas. While raising a family, she began creating stories for her children and friends of fantasy and fun. Journaling and writing poetry was a passion which filled her spare time.

Sederquist studied metaphysics for over twenty years, and it was only when she returned to Lindenwood University to complete her degree in business did she rekindle her love of writing through the encouragement of her Humanities Professor. A love of storytelling and fantasy has given way to the series of fictional books about Corthenions and the magical beings which inhabit that world.

King Robert the First: King of the Northwest

The Power of Love

Vale and Zeta Playing with Shapes