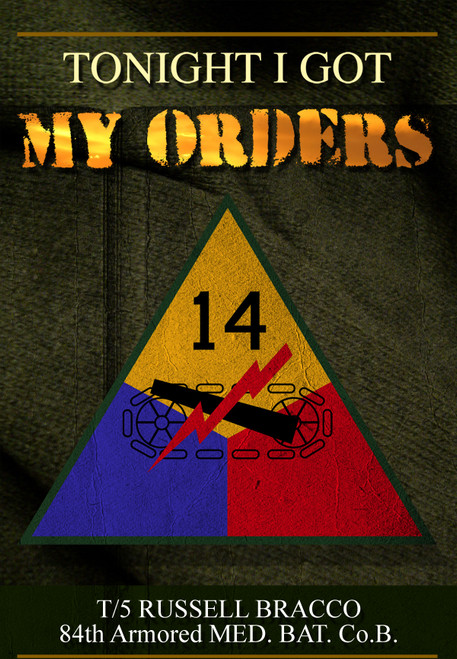 Tonight I Got My Orders
by Russ Bracco

I was born on February 25, 1922, in Buffalo, NY. Ive lived almost my entire life in the West Side. I attended grammar school at Public #1 and graduated in 1939. I also attended Hutchinson Center High School and graduated in 1941. In September 1941, I worked at Curtis Wright and attended W.B. School of Pharmacy.

In December 1942 I was inducted at Fort Niagara, and three days later, I was sent to Camp Chaffee, Arkansas.

At Camp Chaffee, the Army classified me as a private because I had excelled greatly in tests at Fort Niagara. I attended Fort Knox Radio School from April 1942 to September of that year, and in 1943 I knew we were about to be sent overseas, so I decided to write a diary, which ended up being this book. Thirty days after I arrived from overseas (July 1945) I was engaged. One year later, I married my wife. We are celebrating our 65th anniversary this year.

To the Highest Bidder

To Orlando with Love