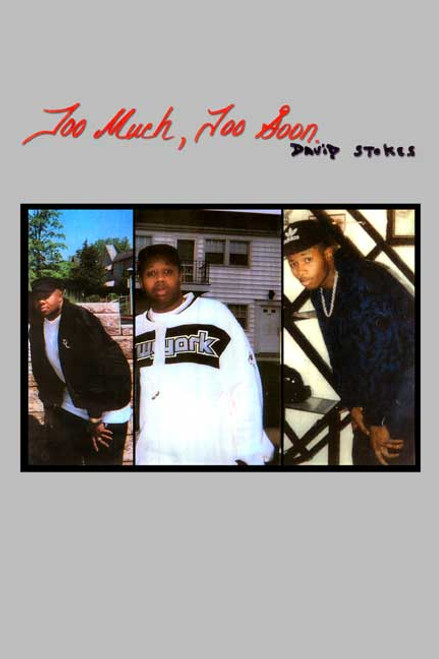 by David Stokes This is a fictional tale about Baltimore. It will take you on a roller-coaster journey from the late sixties through the seventies, eighties, and nineties, all the way to 2005. You will see how life in the streets was and is through the eyes of a drug dealer. Although this character was vicious, his sense of humor remained. This tell-all novel is very entertaining, enlightening, educational, dramatic, and filled with a sense of humor that can only explain Gods presence throughout the trials, tribulations, and struggles of this black mans life. This book describes the rise and fall of a black man. All I wanted was love, respect, money, and power. All I found was betrayal, hate, and death. I never dreamed the price of power would be so high to pay. It definitely shows a tragic ending. I started out saying I wanted all or nothing, and I ended up with nothing. The tragedy, like all great tragedies, in this story consists of me engaging in a morally significant struggle ending in ruin and utter disappointment, like someone who is ruined as a result of an extreme quality that is both his greatness and his downfall. Like Big Al Capone of Chicago, they said he was smart but stupid. He was so busy fighting the guy across the street that he didnt watch the guy next door, who was Frank Nitti, his enforcer. I made the same mistake. Someone really close to me betrayed me. Al Capone ended up fishing out of a swimming pool, giving orders to men who didnt exist. ABOUT THE AUTHOR David Stokes is a forty-one-year-old native of Baltimore, Maryland. He is the second-oldest child of Geneva L. Stokes and David R. Garris. He is a product of the Baltimore city school system and is currently pursuing a political science/public policies degree at Catonsville Community College. Upon obtaining his degree, Mr. Stokes desires to pursue a career in local politics. He currently attends Morning Star Baptist Church in Catonsville, Maryland, under the leadership of Dwayne C. Debnam. He is engaged to be married in August 2008. (2007, paperback, 122 pages) Availability: Usually ships in 2-3 business days.
×

No Obstacle Too Great

Too Close to the Sun - eBook

Don't Get Too Close

Traveling through the Prisms of My Mind: Vol. II

To Walk With Thee: Songs of the Spirit

To Bridge the Great Divide: A Balancing Act the Copernican Way, A Futuristic Philosophy