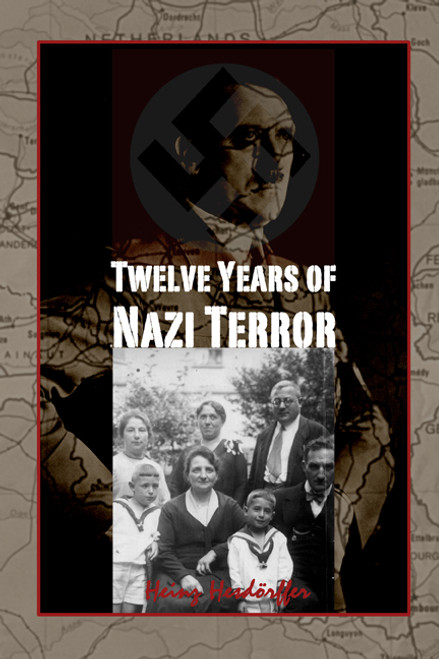 by Heinz Hesdrffer The thirtieth of January, of which I wrote in the beginning, was my tenth birthday, which some Aryan friends, sons of specialist medical doctors and cultured people, celebrated with me. A few weeks later, they no longer knew me. It was most likely the last carefree day of my past, a day my youth ended, earlier than for most. For the next years, the situation for the Jews in Germany became more and more unbearable. The racial mania was injected into the German brain, the Jew was presented as a child murderer and seducer of German women. In this case, the notorious criminal Streicher accomplished a lot. For the protection of the German blood and the German honor laws were released and daily increased the difficulties of the Jewish people. Those who were of the belief that the assimilation process had been completed and whose second generation were already baptized were again considered racially Jewish, were fired from higher positions, and were left to their own devices from then on. Jews were no longer permitted to study at German institutions of higher education and were forbidden to engage in state employment. ABOUT THE AUTHOR Heinz Hesdrffer, born in 1923 in Bad Kreuznach, has written down his experiences as a persecuted Jew during the Nazi time in the autumn/winter of 1945-46 in Brussels, Belgium. He begins with the experiences of being expelled from Germany, followed by the description of the difficult and dramatic time during the exile in Holland. Animatedly and clearly, the author tells about the happenings during the different stages of the deportations: Westerbork, Theresienstadt, Auschwitz-Birkenau, Schwarzheide (Slave Labor), and Sachsenhausen-Oranienburg. He managed to survive the Death March, while his mother and brother were killed already in 1942 by the Nazis, as well as all other members of the family who still lived in Germany during World War II or the territories occupied by Germany. Heinz Hesdrffer emigrated in 1947 to South Africa and moved to the U.S.A. in 2002, together with his wife, to be near their son and family. (2008, paperback, 250 pages) Availability: Usually ships in 2-3 business days.
×