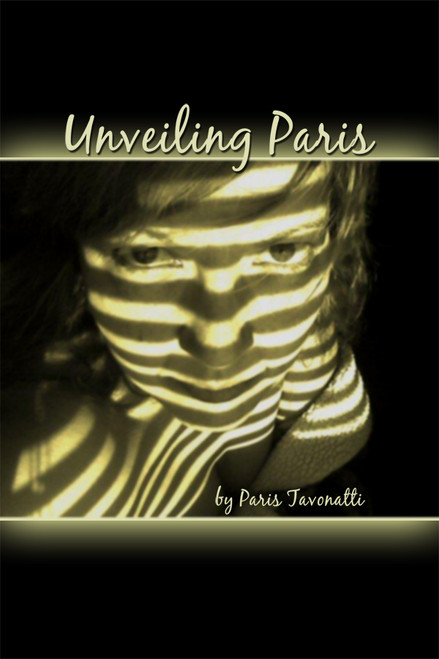 The Unveiling of Paris is a non-fiction story of a girl who is molested as a child, has a father who does not believe his young daughter, and ends up later in life being the one to cause her unspeakable pain. At 15, she is with child, and he sees to it that she is released from her plight the only way he can think of. The story is filled with drama and tells how things mount up as she tries to write about the horrors of her life, only to have her now day existence shattered with the repercussions slicing into her future.

Paris Tavonatti was born in Kalamazoo, Michigan, in 1961. At only eleven months old, her mother entered her in her first and only beauty pageant. Although winning the title "Princess of Kalamazoo," she never became a girl for pageants and went forward as a tomboy until she recognized the beautiful girl in the mirror. From an early age, Paris knew she was special and took to writing about her dreams. As she grew older, she developed her poetic skills and years later worked on how to have a lasting marriage. Paris now has five failed marriages and several unsuccessful attempts to write her life story under her belt. Even with that, she still trudged forward looking for ways to succeed and finally gave in to ordering a computer. With its help, Paris set out on a roller coaster of a ride. Through life's difficulties she has never given up on love, and she continues to work as a Postal Supervisor and a poet. She also now has a novel based on what to do and what not to do to make a success of a marriage inside her devastatingly crazy, unconventional life.