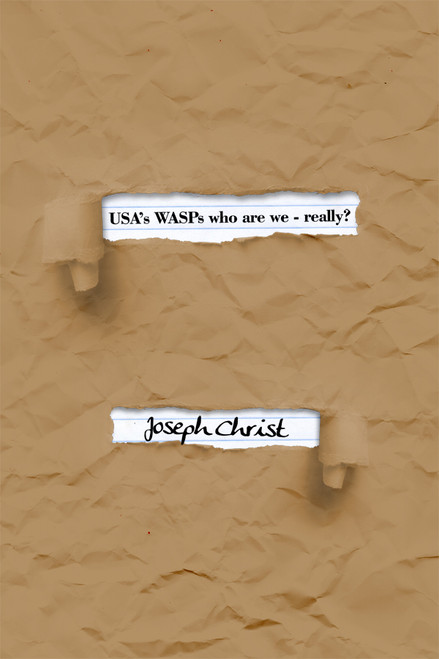 USA’s WASPs who are we – really?

Analysis of our social structure suggests it must deal with economy, justice, equality-opportunity, sex, and death or religion – God. This book came from thoughts as to how we were doing.

The book provides past facts for you to mull over. These include a bit of our culture, the dangers to our culture, our governments acts, and our cousins, the English. The USA has had leaders who were expansionists. In the 19th century we had manifest destiny: the right of whites to North America. This led to the treatment of other races, particularly by white supremacists. It tries to show the development of our anti cultures. It describes the starting of people’s governments around the world. It finishes with some thoughts on religions.

Creditability? The author has been thinking of these things since the age of 20. Thinking with abstract reasoning, his IQ is 146-154, measured in 2012 with the IDIOT.

Unique? The author doesn’t know what’s out there. He knows himself. When he was ten, the children’s Christian books he read made him believe in Jesus. But when he looked around he did not see Christian goodness. He saw selfishness. With his stroke he had a common death experience. He met God. For months after he thought he was Joseph Christ with a mission from God. He no longer believes in a mission – he has no powers. But there is this book.

In the summer of 2009 Joseph Christ had a stroke. He had worked as a child psychologist. The stroke killed the left half of his brain. The limbic system and cerebral cortex remained but he lost the mammalian and human brain parts. He thought of himself as a gifted reptile. Joseph has at least ten disabilities now. He is a proto, near human who cannot cope with being around people. He’s been recovering for eight years from stroke damages. In December of his second year he regained the positive Joseph he had lost. He got this gift in the waters of Maui. Then in the spring of year eight he got back the negative parts of himself. So, he was like the Joseph before the stroke, but with far less coping skills.

Since 1970, Joseph has been reading and studying, repeatedly, learning of great nations and our cultures. His mind has always been highly active.