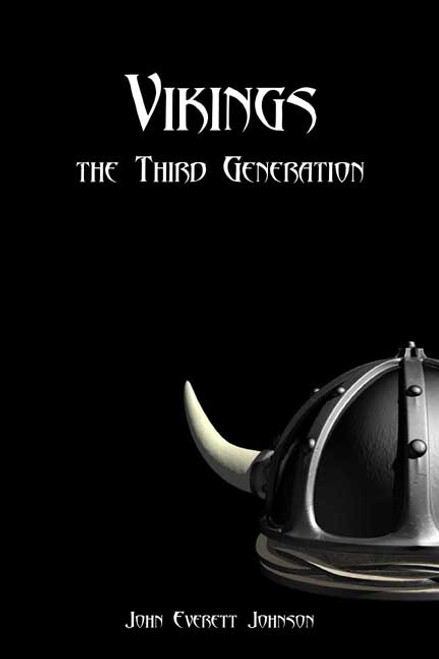 by John Everett Johnson The first in the Vikings series was Olin, the first of the Vikings. Second was Eric, son of Olin, and now in the third book is Olin, son of Eric from the second book. Olin is in line to take over the leadership of the Vikings since the death of his father, Eric. This is about the advancement of the Vikings from raiders to traders, the future of the Vikings, and the shipbuilding with the wives learning to help. Olin sees that Oscar also worked in order to forget the death of his father. Oscars family was very close. His wife, Mary, would hand him the next piece of lapping that was the same thickness and width of the last one so they fit perfectly. She had become so good at this, the new ship looked like one whole piece of wood. One day Oscar said, Gerhard, bring your wife down here and let Mary show you how to fit the planking so it is nice and even. Gerhards wife, Anna, often came down to watch, so it was almost a relief for her to be doing something with her husband. ABOUT THE AUTHOR Mr. Johnson was born in Madison, Wisconsin. He spent his school years in Blanchardville, Wisconsin, and graduated in 1944. He entered the army and after training was sent to the Pacific Theater. He was discharged in 1946 and then attended college under the G.I. Bill. After college he worked with computers for most of his life. He retired in 1990 and resides in Lexington, South Carolina, with his wife, Eldina. (2008, paperback, 80 pages) Availability: Usually ships in 2-3 business days. Other titles by John Everett Johnson: Vikings the Second Generation
The End and a New Beginning
×

Vermont Prayers and Other Prayers