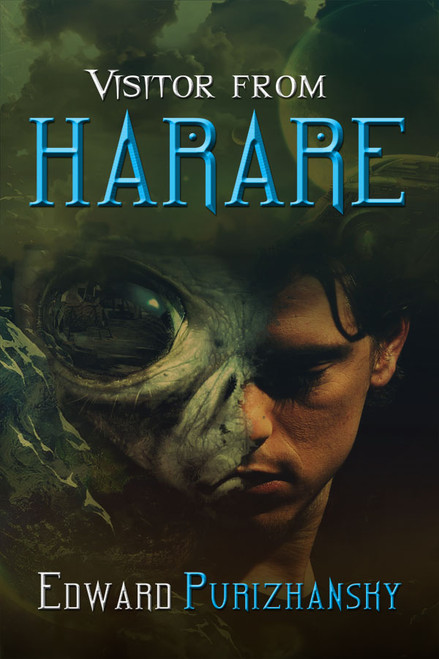 Visitor from Harare
by Edward Purizhansky

An alien, Johan Becker, from planet Harare visits Earth and, after a brief stop in Germany, ends up in the town of Bridgeport somewhere in upstate New York. His mission is to study humans and to report his findings to Harare.

Johan Becker becomes involved with a family of Russian immigrants. This makes him see American reality through the eyes of an immigration lawyer and a taxi driver. Their mentality and their struggle to hold to the old country traditions in a new environment places them in a controversial world they created around themselves. Their prototypes are real and easily recognizable by anybody familiar with the emigrant communities in big American cities.

Sudden transformation from the builders of a communists paradise to capitalist entrepreneurship leads them to funny and confusing situations described by the author with plenty of sarcasm and humor. The book is filled with dynamic and entertaining characters. It leads a reader from a chapter to chapter in constant desire to see what will happen next.

The novel ends in a very surprising scene, where another very unusual character appears and leaves enough room for interpretation and mystery.

Author Edward Purizhansky knows the heroes of his novel very well. He came to the United States from the former Soviet Union in 1989 and he is familiar with the process of integration of former Soviet citizens into American reality. He is the author of over thirty patents in the USSR and in the USA. He has published articles in professional publications in his old country.

Purizhansky lives with his wife in Amherst, New York. He is a professional engineer and an adjunct professor at Buffalo State College.

From IP to IPO

Vietnam, PTSD, USMC, Black-Americans and Me

We Didn't Get to Dance