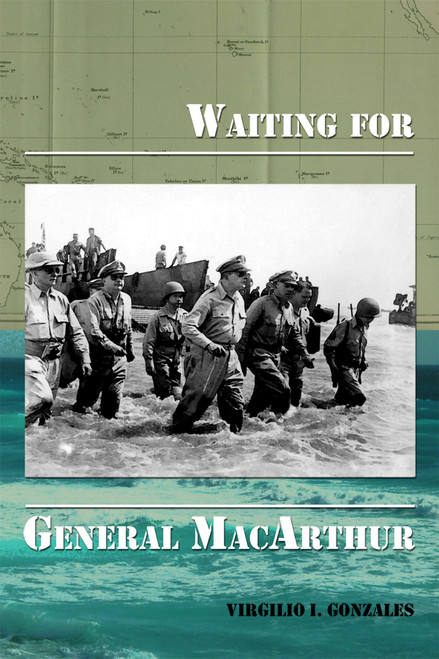 Waiting for General MacArthur
by Virgilio I. Gonzales

This is the story of Carlos, growing up during the Japanese occupation of the Philippines in World War II. When the Japanese bombed Manila, Carloss family evacuated and hid from the enemy until it was safe to return to their hometown. His father, Arsenio, no longer had job, but he refused to collaborate with the enemy. His mother, Consuelo, became a market vendor to help the family survive. Arsenio gathered clams from the sea and joined the local fishermen who trawled for anchovies in Manila Bay. They managed to survive, waiting and trusting in MacArthurs promise I shall return.

Unknown to the family, Arsenio joined the underground and was captured by the Japanese military police a month after General MacArthurs forces had landed on Leyte Island. But it was too late to save Arsenio.

Carlos lost his father in the war. The long savage night of the Japanese occupation was over and in the liberation of the Philippines he saw the beginning of peace and freedom.

Virgilio I. Gonzales was born in 1932 in the Philippines and grew up during the Pacific War and Japanese occupation. He studied and graduated with a chemistry degree from the University of the Philippines. Gonzales married a fellow chemist, Maria Corazon Jimenea. Together they have three childrenArsenio, Leilani and Leo. They emigrated to the United States in 1978.

In 2007 he enrolled in a short course on novel and formed a workshop with other students. The manuscript for Waiting for General MacArthur was the product of that workshop, taking four years to write.

The Waiting Room of Souls

Voices of the Puerto Rican Middle Class in America

Walk in the Light - eBook

Walking Down the Sidewalk Path

Walking Through the Beast